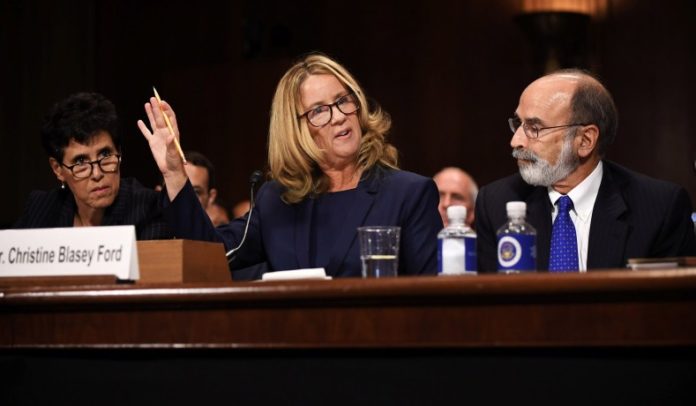 Lawyers for Christine Blasey Ford could face repercussions after failing to inform her she did not need to fly to DC to speak with the Senate Judiciary Committee.

“A statement issued on Tuesday by the Senate Judiciary Committee suggests that Christine Blasey Ford’s legal team may have violated the ABA’s Model Rules of Professional Conduct by apparently withholding key information from their client.

During the explosive hearing on Thursday, Ford made clear that she did not know that the Senate Judiciary Committee had repeatedly offered to come to her for her testimony and to hear that testimony privately if she preferred.

“I was hoping that they would come to me, but then I realized that was an unrealistic request,” Ford said at one point during her testimony.

As detailed in the committee’s letter Tuesday, their offer to come to Ford was made repeatedly, unequivocally, and even publicly.

The committee suggests that Ford’s lawyers have some major questions to answer regarding their apparent attempt to block their own client from knowing about the offer, which would be a clear violation of the ABA code of professional conduct.

“Clearly, Dr. Ford’s attorneys did not tell her that we could protect her privacy and speak to her in California,” the committee concludes. “The ABA’s Model Rules of Professional Conduct require a lawyer to consult with his or her client about the means to be used to accomplish the client’s objectives—including informing the client of settlement offers. It is deeply unfortunate that Dr. Ford’s Democratic-activist lawyers appear to have used Dr. Ford in order to advance their own political agenda. A lot of pain and hardship could have been avoided had Dr. Ford’s attorneys informed her of the committee’s offer to meet her in California to receive her testimony.”