Kerry Bentivolio is attacking one of his opponents in the 11th Congressional District race, Rocky Raczkowski, over Raczkowski’s use of a fundraising firm to collect donations for two past campaigns that never ended up happening.

Bentivolio posted a video over the weekend of a Fox 2 report on a controversial fundraising firm utilized by Raczkowski, Base Connect.

Bentivolio said “Wow. My opponent, Rocky Raczkowski, in Michigan’s 11th Congressional race, has been perpetually preying on the elderly for campaign donations. This is what a CROOKED CAREER POLITICIAN looks like. Show this to your friends for an old vet like myself.”

It’s common for a campaign to hire a 3rd party firm to help with fundraising, though collecting donations for two races that didn’t occur is unusual.

Fox 2 confronted leaders of the firm hired by Raczkowski after family members of alleged victims demanded answers as to why their elderly relatives were being hounded to write checks, and for non existent campaigns?

Despite denials by Raczkowski, Fox 2 provided paperwork showing he knew what was going on. 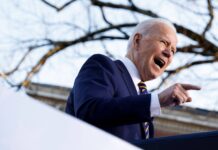 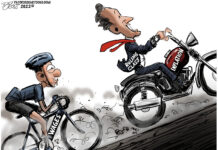