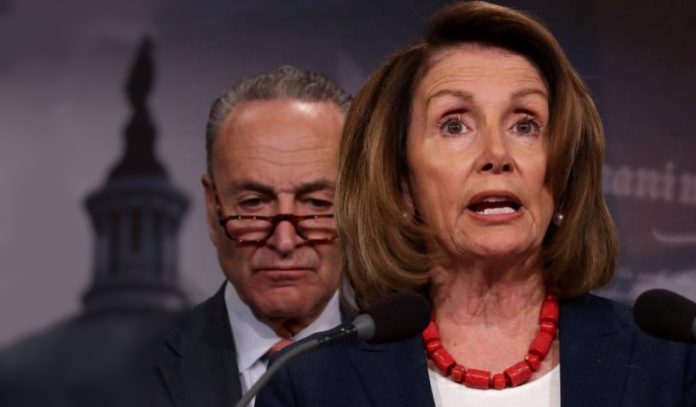 After the Parkland shooting, we’re seeing a similar political dynamic to what happened after the Sandy Hook shooting of late 2012. Democrats are clamoring for gun control, and at least some Republicans in the Senate will surely go along.

But as with the events after Sandy Hook, this doesn’t mean that the gun control push will succeed. And as far as its purely political implications, you can probably guess where all this activity on gun control is leading if you’ve been watching politics for the last few years.

Gun control plays well for Democrats in some places, especially after a mass shooting It also helps Republicans who want to compromise in certain circumstances — it helped Pat Toomey, for example, bring a lot of liberal donors on-side when he ran his successful 2016 re-election campaign.

But everyone learned some lessons in the 2014 election after the push for gun control that followed Sandy Hook.

In 2014, the key contested states in the Senate were clearly gun-rights states such as North Carolina, West Virginia, Alaska, Montana, South Dakota, Iowa, Louisiana, Arkansas — well, you kind of get the idea. Democrats learned, to their chagrin, that this issue did them no favors and probably hurt them at least a bit in states like these. They lost nine Senate seats, and even if gun control wasn’t the main issue, it was never the great savior they had been talking about throughout the election season.

But what about 2018? This time, despite their narrow margin, Republicans can essentially guarantee continued control of the Senate (and perhaps even expand their majority) if they can flip Democratic seats in at least two or three out of the following four states: North Dakota, West Virginia, Indiana and Missouri. These are all states where gun control is at least not going to be a value-adding issue for Dems.

Even in some of the safer Democratic-defense states, such as Wisconsin and Minnesota, there are significant populations of NRA voters. In short, gun control will not be anyone’s silver bullet.

Pennsylvania-18: President Trump has rescheduled his campaign appearance with Republican Rick Saccone for March 10, just three days before the March 13 special election. Republicans have to be slightly favored to hang on to this seat despite Democrats’ relatively attractive nominee, Conor Lamb, D.

It really says something that Republicans continue to spend heavily on this race, whereas the official Democratic Party organs are nowhere to be found. In fact, the only groups spending in the six figures on Lamb’s behalf are Patriot Majority PAC and End Citizens’ United, whereas the various Republican groups and party committees have sunk more than a million dollars into this race in just the last seven days.

If Lamb narrowly loses, expect a lot of finger-pointing among Democrats over the party’s failure to support his candidacy and take advantage of a rare opportunity to pick up an empty seat and elevate a promising potential star candidate at the same time.

California: Sen. Dianne Feinstein, D-Calif., is too conservative for California’s Democratic state convention. She was denied its endorsement last week, losing a floor vote of 37 percent for her and 54 percent for far-left state Senate President Kevin DeLeon, D. Neither got enough to win the endorsement, and now both go into this year’s statewide jungle primary. The top two vote-getters will advance to a November runoff, regardless of party.

Republicans don’t have much of a prayer here — at beast, they can thank their lucky stars that California is packs in so many Democratic voters while expelling its conservative middle class, the latter of which has been beefing up Republican vote totals in other states.

Mississippi: Last time you heard from him, state Sen. Chris McDaniel, R, was refusing to concede the 2014 primary election against the lamentably moderate Sen. Thad Cochran. McDaniel had clearly lost, but he challenged the outcome anyway.

The sour note on which 2014 ended is probably not going to help McDaniel raise money this time around. He was also sharply critical of Donald Trump in 2016, calling out the presidential aspirant who ultimately won Mississippi’s primary for his lack of conservatism. That turned out to be a politically unwise move for an aspiring anti-establishment pol.

Trump, who had endorsed McDaniel against Cochran in 2014, repaid McDaniel for that by endorsing Wicker this time.

Missouri: This is sort of a governor’s race item, but there won’t be an election until 2020. For now, Missouri Republicans seem very eager to get rid of Gov. Eric Greitens, R, before his sex scandal blows up their party’s chances of finally defeating the super-vulnerable incumbent Sen. Claire McCaskill, D.

Greitens admits to an extramarital affair before his election, but he’s now been indicted for allegedly threatening to release compromising photos of his mistress if she went public about it. Fortunately, there’s no circling of the wagons in the Show Me State. The state House, where Republicans have a supermajority, just unanimously launched a bipartisan impeachment investigation last week with full subpoena powers.

Obviously, Greitens’ gracious departure would be preferable for the GOP, which now dominates state politics and has a strong Senate candidate in attorney general Josh Hawley, R.

Yes, you can bet on these avowedly Republican polls overstating Republican partisan strength. But what we can safely take away from this is that it’s a race and the incumbent is vulnerable as expected. Whatever boost Democrats are getting nationwide from antipathy toward President Trump, it is not doing too much to help Heitkamp — by far the most popular Democrat in her state — maintain much of a cushion of good will and popularity among voters. She hasn’t build up the popularity cushion that other former Democratic Senate survivors like Byron Dorgan and Kent Conrad always enjoyed to the infinite consternation of the state’s Republicans.

If Heitkamp does win re-election, it’s most likely going to be in a squeaker, just as in 2012, and probably only because Cramer will have blown a winnable race.