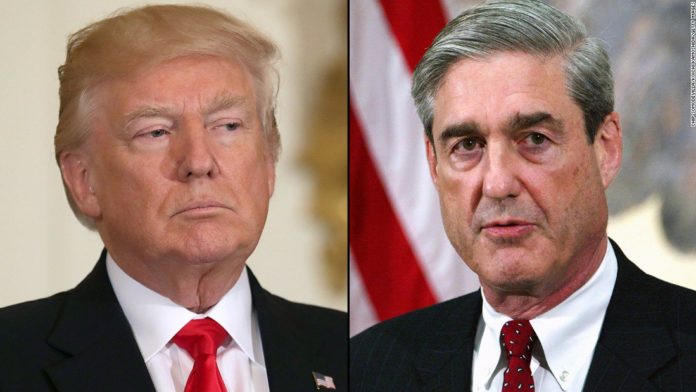 Special Counsel Robert Mueller wants to interview President Trump for his investigation into alleged collusion with Russia during the 2016 campaign.

President Trump is reportedly open to the possibility, but may also opt to avoid Mueller completely.

“Special counsel Robert S. Mueller III has raised the likelihood with President Trump’s legal team that his office will seek an interview with the president, triggering a discussion among his attorneys about how to avoid a sit-down encounter or set limits on such a session, according to two people familiar with the talks.

Mueller brought up the issue of interviewing Trump during a late December meeting with the president’s lawyers, John Dowd and Jay Sekulow. Mueller deputy James Quarles, who oversees the White House portion of the special counsel investigation, also attended.

The special counsel’s team could interview Trump very soon on some limited portion of questions — possibly within the next several weeks.”

One source tells the Post that Trump may be open to an interview.

“Trump is comfortable participating in an interview and believes it would put to rest questions about whether his campaign coordinated with Russia in the 2016 election, the person added.”