“The smallest fish in the net hauled up Monday by Special Counsel Robert Mueller is a ‘liar’ and a low-level aide with a history of exaggerating his role in last year’s presidential campaign, according to President Trump and other administration officials,” Fox News reports today.

In a string of tweets this morning, the President dismissed George Papadopoulos’ importance to his 2016 campaign:

The Fake News is working overtime. As Paul Manaforts lawyer said, there was “no collusion” and events mentioned took place long before he…

….came to the campaign. Few people knew the young, low level volunteer named George, who has already proven to be a liar. Check the DEMS!

It was revealed just yesterday that Papadopoulos pleaded guilty earlier this month to lying to the FBI about his interactions with Russian officials.

The president concluded his tweetstorm by shifting attention to tax reform.

I hope people will start to focus on our Massive Tax Cuts for Business (jobs) and the Middle Class (in addition to Democrat corruption)!

Tax reform remains perhaps the biggest policy goal of the year for the administration and Republicans in Congress alike. 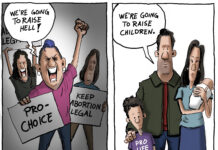