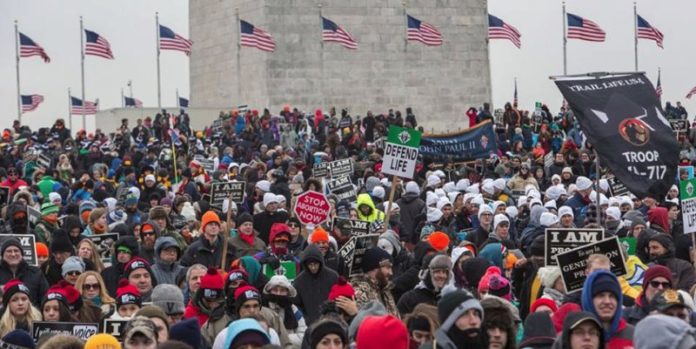 Today, another march will took over the streets of our nation’s Capital: this time, the annual March For Life.

Vice President Mike Pence accepted an invitation to speak at this year’s March, his second time speaking at the event. Pence last spoke at a March For Life in 2010, as a member of the House of Representatives. This was the first time the Vice President of the United States has ever spoken at the March For Life.

The Trump administration has shown itself to be supporters of the March and the pro-life movement since taking office. On the 23rd, President Trump reinstated the “Mexico City policy,” which bans foreign aid from going to nongovernmental organizations that promote or pay for abortion procedures.

Trump also criticized the media Wednesday for largely ignoring the March for Life, which takes place on or near Jan. 22 each year, the anniversary of Roe vs. Wade, the 1973 Supreme Court decision that legalized abortion nationwide.

Pence is not the only member of the Trump administration planning to attend the event, senior adviser to the president Kellyanne Conway will also be speaking at the event.