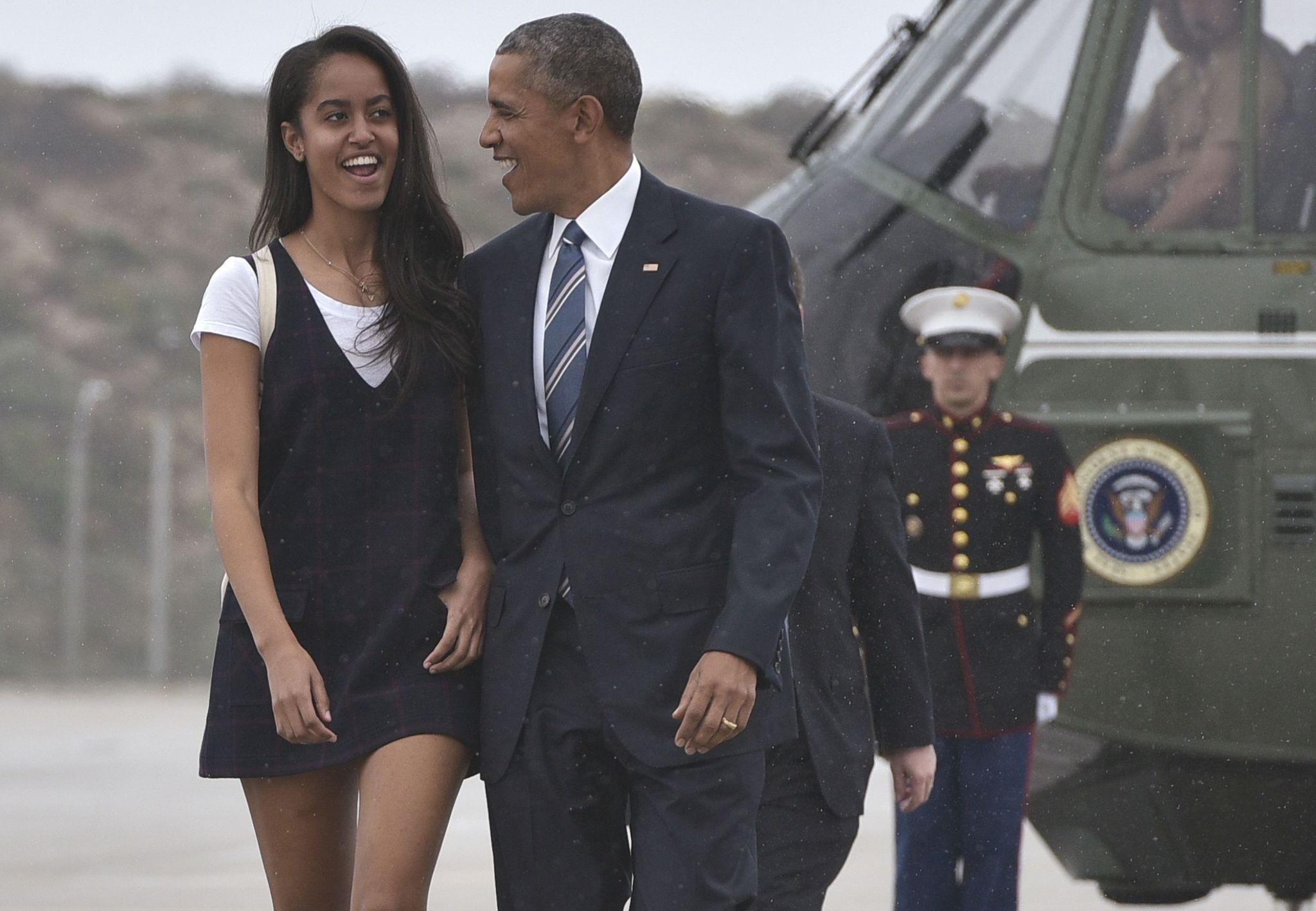 President Obama was reportedly upset recently after his daughter Malia was busted smoking pot at a concert.

Uh-oh. First Daughter Malia Obama got busted on video for taking a puff of what appears to be a marijuana joint in Chicago last month at the Lollapalooza festival. “This is the president’s worst nightmare!” an unidentified source told RadarOnline.

To make matters worse, Page Six reports Malia was at a “rowdy” party on Martha’s Vineyard, where the First Family is currently vacationing, that got busted by the cops. The president allegedly had words for his oldest child on a long walk the two of them took in recent days. Malia, 18, graduated from Sidwell Friends School in Washington, D.C., in May, and is taking a year off before enrolling at Harvard.”