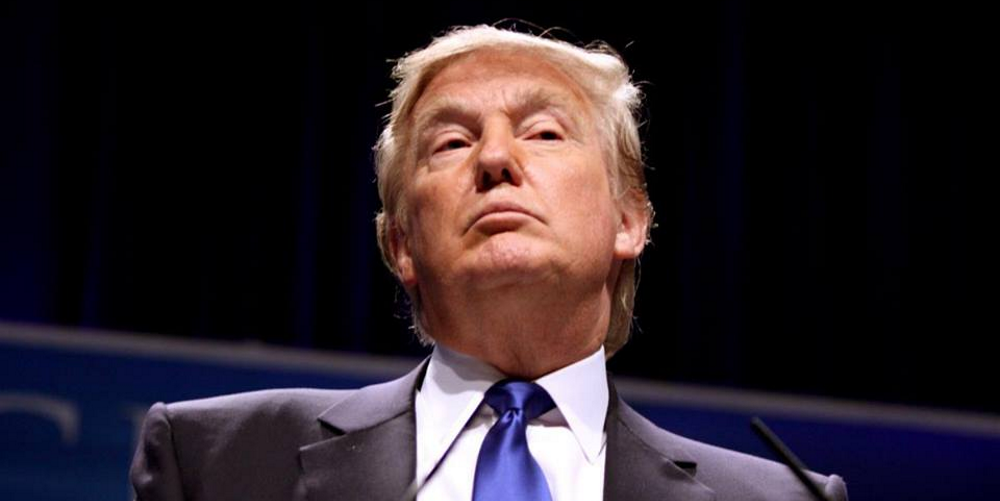 The new Wall Street Journal/NBC poll makes clear the stakes in the current GOP nomination battle. At negative 41 percent, Donald Trump’s favorable-unfavorable differential is the worst of any candidate in the history of polling by yet another firm.

A Trump nomination doesn’t just forfeit the 2016 presidential election — it probably also guarantees Democratic majorities in both Houses of Congress and big Democratic gains at the state and local level. That would offer President Hillary Clinton a new opportunity to pass the next Obamacare — and pretty much whatever else she wants.

The stakes are therefore quite high, and anti-Trump Republicans have nothing to lose. Meanwhile, Trump speaks of the nomination as if he already deserves it, despite having received only 37 percent of the primary vote and earned about 45 percent of the delegates awarded so far.

A successful candidate needs a delegate majority, one way another. Trump’s path toward that has gotten narrower and narrower in the last month as Trump has reached his ceiling with the voters of most states (it won’t be his ceiling in New York) and the Rubio vote has consolidated mostly behind Ted Cruz.

New York, New York: “If I can make it there, I’ll make it anywhere.”

Apologies to Frank Sinatra, but it’s really the opposite case this week: One candidate needs to win big in New York. And he is expected to do so, but if he can’t, then it might be all over for him.

The more accurate line about New York and Donald Trump is that if he can make it past 50 percent in New York, he still has to make it in a whole bunch of other places — many of them less friendly to him — in order to become the Republican nominee. This remains the case no matter how much he wins by.

Trump has very little margin for error after his big loss in Wisconsin and his campaign’s continued bungling at nearly every state convention — both the ones that bind candidates and the ones that choose delegates already bound.

The latest ball to fall appears to be in Texas, where Cruz loyalists will likely pick all 155 delegates. But at least some of those (48, to be exact) will be bound to vote for Trump on the first ballot. That may not prove true for many West Virginia delegates, due to the Trump campaign’s apparent disarray over delegate recruitment in another state where he is expected to do quite well at the ballot box. This could cost him more than ten delegates he should be getting. And remember — a failure to enter the convention with a majority probably spells curtains for Trump, given that he failed to protect his flank by getting loyalists placed in his own bound delegate slots.

The question is not whether Donald Trump will win in New York, but by how much. It turns out that the difference between 49.9 percent and 50.1 percent for Trump is quite enormous, thanks to the way delegates there are awarded in New York.

First, there are the 14 statewide delegates. If Trump gets 50 percent statewide, he gets all 14. If he gets 49.999999 percent, and both Ted Cruz and John Kasich exceed 20 percent, then Trump will get 7 of these delegates and the rest will be split between Kasich and Cruz. (Note that with the exception of the few Congressional Districts Trump might actually lose, it doesn’t matter which of the two anti-Trump Republicans vote for — the only important thing is vote in large numbers and keep Trump under 50 percent overall.)

New York’s other 81 delegates are awarded based on the winner of each of the state’s 27 congressional districts. Trump gets all three delegates in each district where he exceeds 50 percent, just two of three wherever he wins with a plurality, and just one of three if he comes in second.

Thus, assuming Trump can eke out at least a plurality win in all 27 districts, the range of how well he will do is quite wide.

At best, he could take all 95 delegates or 14+(3×27). This would leave him with (depending on the estimate you want to use) between 839 (Associated Press) and 853 (Green Papers) delegates overall. That means he would be 398 or 384 delegates shy of the all-important majority, out of the 634 left to be awarded.

Were Trump to win with a mere plurality in each of New York’s districts, he would get just 61 delegates, or 7+2×27. This would leave him with somewhere between 805 and 819 delegates. That means he would need between 432 and 418 delegates to win the nomination — again out of 634 remaining to be awarded.

That range of 34 delegates (or of 48 if you include the uncertainty between estimates) might seem small, but it could determine everything. Trump’s missteps (in failing to compete in Colorado on March 1, for example) and continued rank-and-file Republican resistance to his candidacy have left him almost no room for error.

We discussed this in detail last week. Given the remaining states where Trump is expected to win no delegates at all (Nebraska, South Dakota, Montana, 92 delegates total) or earn less than half in proportional contests (Oregon, Washington, New Mexico), a mere 61 delegate victory for Trump in New York could be enough to derail him for good. If you take his worst estimate as given, the low-end performance would mean that even a victory in Indiana would probably not be enough to for him to enter the convention with a majority.

A better performance of, say, 75 delegates — and it is expected he will do at least that well — probably keeps him in the hunt. But his path would still be narrow and precarious.

Another note: If Trump does fail to get 50 percent even though it seems so unlikely based on polling, people will look back and remember one important fact about New York’s primary. It is a closed primary, and state law (in an effort to prevent Operation Chaos-type voter behavior) required voters to change their party registration last October if they want to vote in Tuesday’s election. (New voters could register Republican as recently as March 25.)

It turns out that neither of Trump’s children living in New York bothered to register, and one of his top advisors didn’t switch parties in time. It’s possible that as many as half a million Trump supporters (members of the Conservative and Independence parties) are expecting to be able to vote for Trump but will not be able to.

A lot of polls screen voters based on what they say, not on how they’re actually registered. Although Trump should get his majority in New York, this will be the most-cited reason in the event that he doesn’t.

Whine, Whine West: Trump thought he’d have the entire presidential race sewn up by late March. That’s one reason he didn’t bother to compete in Colorado, which held its precinct caucuses March 1, because the delegates wouldn’t be selected or bound until after it mattered. The same for Wyoming, whose precinct caucuses began February 16.

This was a calculated decision — Trump didn’t expect to do that well in most Western states anyway. And in general, he hasn’t. Idaho, which changed its rules to hold an actual primary instead of a caucus this year, quite nearly gave Cruz a majority vote and all of its delegates.

It’s also the reason he didn’t lay the groundwork for a successful North Dakota or Wyoming convention effort, or for the conventions in the many states he actually won, which as a result have been picking Cruz sympathizers for Trump’s delegate slots. This is why, although these delegates are bound to vote for Trump in Round One, they will not be his allies after that.

These mistakes, born of overconfidence, along with a consolidation of the anti-Trump vote, have resulted in a terrible string of losses for Trump in the time since Marco Rubio dropped out of the race. Since March 16, Cruz has essentially picked up (estimates vary, because not all delegates are bound) about 145 delegates to Trump’s 66, with zero going to John Kasich. This includes results from Arizona, Utah, North Dakota, Colorado, and Wyoming.

Trump’s response to his string of losses has been to whine about the process in Colorado and Wyoming, and to act like he’s somehow being robbed of delegates he made no serious effort to win. (His delegate hunter, Paul Manafort, said on This Week that any effort in Wyoming’s “would have been a waste.”) Although Colorado’s caucus/convention process may not be the best one for picking a nominee, its rules were known well in advance, and it isn’t the reason Trump’s delegates were summarily shut out. The real reason for the loss has to do with Trump’s earlier decisions in the campaign.

So to whine about this result now — and the result in Wyoming, where he also made no noteworthy effort — appears to be Trump’s way of setting himself up for future whining in case of a loss at a contested convention. This sort of thing could be damaging for the GOP in the long run.

But Trump has already done enough damage to the GOP brand, and divided the party’s voters so badly, that it might just not matter that much anymore.