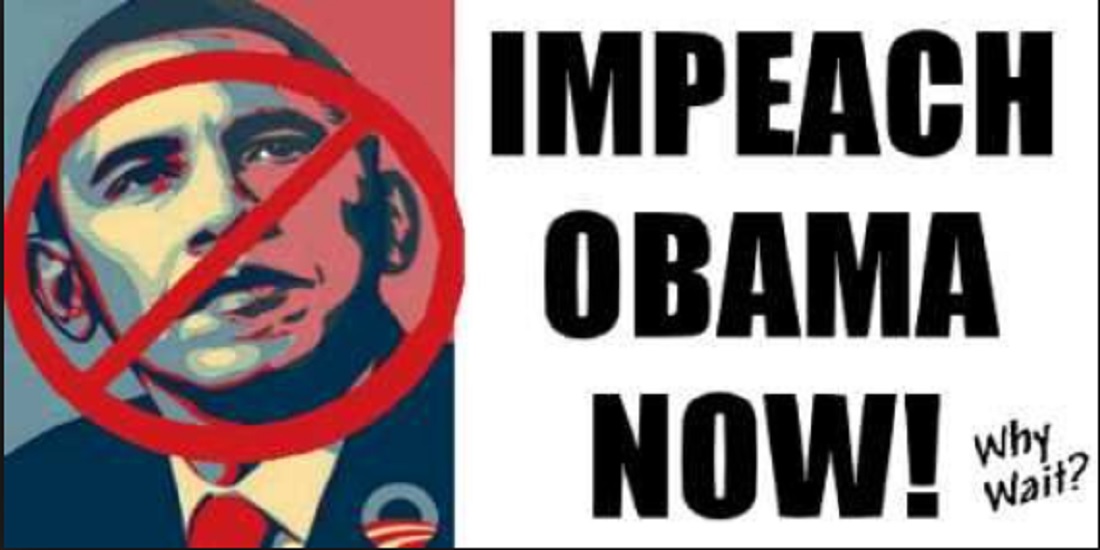 That’s what Dave Agema, Michigan’s representative at the Republican National Committee, wants to talk about.

“Reports circling online are suggesting that the Republican National Committee is to consider a resolution drafted for the impeachment of President Barack Obama.

The resolution, which seems to have been drafted by the North American Law Center, is to be weighed up at a January 13th meeting of the RNC, reports Brandon Hall of West Michigan Politics blog.

“Please contact your RNC members and ask them to support Michigan’s RNC National Committeeman – Dave Agema’s resolution as currently submitted for discussion at their January 13 – 15, 2016 meetings,” a Facebook statement concerning the resolution reads.”

Read the Articles Of Impeachment against Obama HERE: