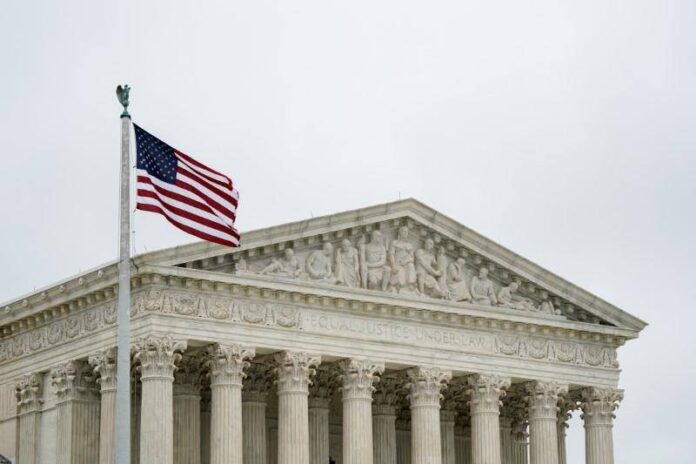 Abortion: What does it mean that President Biden’s first budget seeks to kill off the Hyde Amendment — the provision in annual spending laws since 1976 protecting taxpayers from having to fund abortions?

On one hand, there is a temptation to discount this development entirely. Presidential budgets are famously meaningless, given Congress’s constitutional power of the purse. But Biden’s personal reversal on this issue marks a real turning point for Democrats, who until recently seemed to respect public opinion on the issue of taxpayer-funded abortions, whatever their personal preferences.

It has not gone unnoticed recently that ideology has gained an upper hand over pragmatism on the Left. Previously unthinkable ideas such as reparations for slavery and enforced recognition of non-science-based genders are becoming dogmatic, required parts of the Democrats’ party platform. So it’s not hard to see how coercive abortion funding should creep up on the party that embraced abortion rights initially after the 1973 Roe v. Wade decision.

In the meantime, however, the Supreme Court is taking up a challenge to a Mississippi abortion law that many believe could lead to Roe’s demise. A reversal of Roe would leave the issue to state governments. It could also damage the bottom line of abortion providers and organizations, perhaps making the Hyde Amendment all the more crucial as a national issue.

In all likelihood, only a few states would ban or nearly ban abortion. But the more widespread effect would be more subtle. Roe has been used by courts over and over again to force states to fund abortions and to block effective regulation of abortion. When that changes, it will become much easier for states to stop funding abortion organizations such as Planned Parenthood, the nation’s largest abortion provider. Arguments about so-called “abortion-deserts” would become moot if abortion were just viewed by the law as a procedure that kills a baby instead of being elevated to a sacred constitutional right. Enforcement actions against scofflaw clinics could be stepped up as well.

The defunding of abortion organizations and the degrading of abortion from right to mere practice could affect politics profoundly by forcing abortion enthusiasts to put their own money behind their favorite non-profits. This could even come at the expense of Democratic candidates and organizations.

Pro-abortion politics are obviously here to stay, no matter what sort of laws pass. But as the national rate and number of annual abortions continues to decline, the reigning advocacy organizations may wither somewhat. If they survive, they may cease to be the cultural force they once were.

Idaho: Lt. Gov. Janice McGeachin, R, stepped up her primary challenge to Gov. Brad Little when, during his absence from the state for a Republican Governor’ Association conference, she issued an executive order that banned localities from imposing or maintaining mask mandates.

Idaho’s lieutenant governor has this power, and the news media was apparently the first place Little heard anything about it. Idaho never had a statewide mask mandate, so this action is probably less radical than it might have been in other states. Her order effectively dared Little to reverse it — something that probably won’t be popular in the few localities still requiring masks.

Nevada: In addition to Clark County Sheriff Joe Lombardo, former Sen. Dean Heller is reportedly considering a run at the GOP nomination for governor. Compared to Lombardo, he would probably be a somewhat more conservative alternative.

Florida: Rep. Stephanie Murphy, D, has taken herself out of consideration for challenging Sen. Marco Rubio. This surprising development leaves her in place for the state’s redistricting puzzle. It also makes Rep. Val Demings the most formidable potential challenger to Rubio.

In 2018, then-Tallahassee Maor Andrew Gillum showed that a Democrat can still come close, and that a black Democrat can probably win, for governor in Florida. Still, although Demings is something of a media star and the national political zeitgeist points to something of an awakening for racially-conscious wokeness, Rubio remains the favorite.

Georgia: Already, University of Georgia and NFL football star Herschel Walker was looking at the race against Sen. Raphael Warnock, D. But now, powerful state House Speaker David Ralston, R, is looking at it as well. Ralston is certainly not going to be one of those “man of the people” type candidates, and in recent years his legal practice’s tendency to stall court cases has been the subject of some controversy. In fact, that might actually be how he is best known to most Georgians.

However, consider that Sen. Thom Tillis, at that time the speaker of North Carolina’s state House, successfully pulled off a similar feat in 2014. Despite being a less-than-exciting candidate straight out of his party’s establishment, Tillis has enjoyed a surprisingly successful political career as a conservative after surviving a close call in the 2020 election. Understanding one’s state and having the right political supporters really does count for something.

Iowa: Former Rep. Abby Finkenauer, D, defeated in last year’s election, is considering a run for Senate, whether that means a run against Sen. Chuck Grassley or a run for the seat he will leave open if he retires. (Grassley keeps moving back the date when he will decide what to do.) The only Democrat officially in the race at this point is Crawford County (in rural western Iowa) Supervisor Dave Muhlbauer.

Iowa has suddenly become a difficult state for Democrats, but not an impossible state. In addition to Attorney General Tom Miller, a Democratic fossil who has been in office for an almost-uninterrupted stretch going back to the late 1970s, and state Treasurer Michael Fitzgerald who has similarly held office since the early 1980s, Democrats won the office of state auditor in 2018. So despite their recent successes, this is definitely no time for Republicans to become excessively confident.

Utah: Sen. Mike Lee, whose libertarian-leaning and then pro-Trump tendencies have always rankled the crustier parts of Utah’s Republican establishment, will face a challenge from his left for the Republican nomination next year. Former State Sen. Becky Edwards launched her campaign last Monday. But Lee is popular with the rank and file, and most state party organizations remain much more supportive of him than they are of his junior colleague, Sen. Mitt Romney.

Illinois-redistricting: House Democrats released and rammed through a super-partisan map designed to maximize their control of the state’s government. They did this even over the objection of liberal community groups — a sign of things to come when congressional districts are drawn. Across the nation, Democrats are increasingly open about advocating “fair” nonpartisan redistricting but only in states that Republicans control.