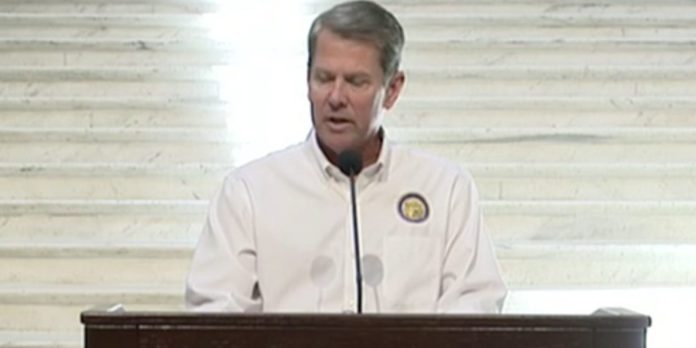 Coronavirus: In most of America, it really does appear that the coronavirus “curve” has been flattened, as people hoped. Thus, in seeking as swift a return to normalcy as possible, President Trump is not alone. With 26 million Americans newly out of work and the economy contracting as much as 40 percent, the entire nation would like the current nightmare to end.

Surely, some governors have gone too far in barring perfectly safe activities. Michigan’s Gretchen Whitmer, for example, has banned the sale of items that would make it possible for her state’s residents to garden and do other projects at home.

Yet government action to reopen the economy won’t simply cause a return of everything to normal — not even to an altered normal. A large, significant portion of the population will not want to risk catching or passing on disease even once the government says the coast is clear This Although most people who can will gladly return to work, they are far less likely to patronize businesses that involve close contact with others. This could just change the way some things are done — more remote meetings, telemedicine, and long-distance conferences.

Wisconsin’s April 7 election was over two weeks ago. This means that by now, anyone who contracted coronavirus from it should by now be showing symptoms clearly. It does not appear to have caused a massive viral outbreak or increased the state’s death rate from COVID-19.

Florida, you will remember, was quite late to the game in shutting down its beaches. Yet its death rate from the disease has actually remained quite low at just 50 COVID deaths per million inhabitants — less even than Germany. (Deaths per million is, for now, the only reliable statistic, since the number of confirmed cases depends largely on the ability to test.) So the cries of angst over the beaches appear to have been ultimately unfounded. This is good news for everyone, of course, but it’s also good for the political fortunes of Gov. Ron DeSantis, R, who had come under some rather savage attacks from the media for his approach.

So indeed, there are signs that “lockdowns,” as opposed to voluntary “social distancing,” might not necessarily be as efficacious or important as people seem to think. Still, no one has yet dared take the risk of testing this hypothesis, nor is it obvious that such a test is justifiable. Either way, we are about to get such a test in a number of states. One especially politically important state is Georgia, which has already permitted many businesses to reopen. Gov. Brian Kemp’s future could become a casualty if things go badly, to say nothing of those who could be directly harmed.

Other states that have already loosened at least some of their restrictions on businesses opening include Alaska, South Carolina, South Dakota (which never closed), Tennessee, Wisconsin and Oklahoma.

Aside from mainland China and Iran, where there are no reliable numbers, New York City has been the hardest-hit place by far. After New York State, whose cases are overwhelmingly in the New York City metro area, New Jersey, Connecticut, Rhode Island and Massachusetts are among the eight states with a death rate well above the U.S. average of 166 COVID deaths per million inhabitants. It’s tempting to blame governors or careless New York City officials, but these just also happen to be states with the most densely packed populations in America. (Michigan and Louisiana are also on this list, despite having much lower population density.) Although much remains unknown about the Wuhan coronavirus, it seems likely that population density has played a bigger role than policy in spreading it. This may have been different if the World Health Organization had been listening to Taiwanese warnings. But New Yorkers — especially those who use public transportation — are constantly touching surfaces that thousands of others have touched on an hourly basis. It’s only natural that disease should have spread much more rapidly in such an environment than in most of the U.S., whose population lives in a much more spread-out manner than New Yorkers or most of the European countries that have been the hardest hit.

Although death rates do not correlate in a strict linear fashion with population density in either cities or states, there does appear to be some relationship, and perhaps a stronger one than exists between policy and deaths. In many states, it appears that nursing homes and prisons account for most of the problem, not a failure to lock states down sufficiently or close enough businesses.

Joe Biden: Despite having to hide in his basement in Delaware, former Vice President Joe Biden is leading President Trump in key states and in national polls. But Biden’s team is fearful that Trump, who was outspent roughly two-to-one in 2016, will enjoy a large cash advantage in 2020.

Coronavirus is part of the reason. President Trump’s online fundraising has proven resilient in spite of the virus, and he was already nearly $200 million ahead of Biden before it began. Although Biden raised significantly more at $47 million in March than he had in February (only $18 million), he simply isn’t an online, grassroots-supported juggernaut like Trump or Bernie Sanders.

Biden has inked a deal with the DNC to raise money jointly, but at the moment, the high-dollar in-person fundraisers that powered Hillary Clinton’s overall billion-dollar effort in 2016 are not possible.

Utah: A virtual state GOP convention placed former state House Speaker Greg Hughes on the June 30 primary ballot, and Lt. Gov. Spencer Cox as well, although the latter had already qualified through signatures. Former Gov. Jon Huntsman  and former party chairman Thomas Wright had already qualified for the primary via the signature-gathering route. The race appears to be shaping up as a classic conservative-versus-moderate duel with Cox and Huntsman in the lead, but the largest share of voters are undecided.

Kansas: The state GOP chairman, Mike Kuckelman, formally asked two contenders in the Senate primary to drop out in order to prevent Kris Kobach, who blew the 2018 governor’s race, from winning the nomination for the seat of retiring Sen. Pat Roberts, R. This is a seat Republicans absolutely cannot afford to lose. The party brass, spooked by strong fundraising from Democratic state Sen. Barbara Bollier, wants to see Rep. Roger Marshall, R, take the nomination.