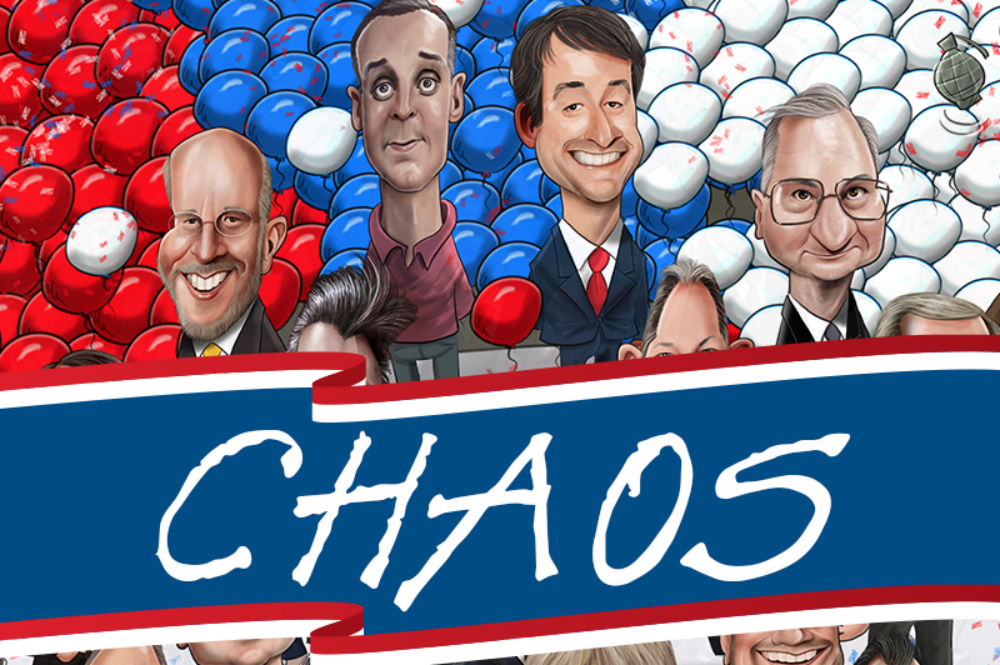 Contested political conventions can look a lot like gang warfare: high-stakes, lots of fighting and drama, and quite expensive.

In the world of political consultants who know how to successfully manage the chaos a convention fight entails, John Yob just might be the best in the business

Yob, a Michigan based political consultant and strategist, is releasing a new book next week just in time for a possible showdown in Cleveland this summer at the Republican National Convention.

The book is called “CHAOS: An Outsider’s Guide to a Contested Republican National Convention In 2016”

The book, as the title indicates, provides insight in to what the convention process entails, and is billed as a “guide to a contested convention that will get you up to speed on the people who matter, the rules that have been changed, the real impact of delegate binding, and the free agent delegations who hold power on the convention floor.”

A preview of the book posted on a promotional Facebook page says:

The conservative anti-establishment groundswell that began in the primary season of 2010, and continues today with the dominance of the outsider spectrum will culminate in a chaotic convention that will decide the Presidential and Vice Presidential nominees of the Republican Party.

This book is the outsiders guide to a contested convention that will get you up to speed on the people who matter, the rules that have been changed, the real impact of delegate binding, and the free agent delegations who hold power on the convention floor.

You will also learn the eight steps you can take to impact the convention process and help your favorite candidate win the nomination.”

Yob, recently in the news after the famous cheap shot from Rubio adviser Rich Beeson at Horn’s Bar on Mackinac Island, has been involved at the top levels of campaigns for decades.

Yob was previously the political director for Sen. Rand Paul’s Presidential campaign, and has also been a top adviser to White House hopefuls like John McCain and Rick Santorum.

Yob’s rise can be traced back to that 1998 race where he, along with his father, Chuck, dealt a major blow to establishment Republicans by defeating Mitt Romney’s brother Scott Romney for Attorney General.

The race is described this way by Wikipedia:

“In 1998, Romney announced his candidacy for the office of Michigan Attorney General. That office had been held for 37 years by one person, Democrat Frank Kelley. However, for health reasons, Kelley announced his retirement as Michigan Attorney General that same year (1998). The Republican Governor at the time, John Engler, had backed U.S. Attorney John Smietanka against Kelley, despite the strong likelihood that Kelley would easily win re-election. However, upon Kelley’s surprising announcement that he was not seeking re-election, Engler switched from supporting Smietanka to supporting Scott Romney for the Republican nomination.

Friends and foes of Yob’s recognize his convention skills.

“John Yob knows more about running conventions than anyone in Michigan and maybe anyone in America,” Calley said. “His record of success is unmatched and I am grateful for his help over the years.”

“John Yob has written the premier guide to how a contested Republican National Convention would work and rightly emphasizes the key role the U.S. Territories would play in the process,” Redfield said.