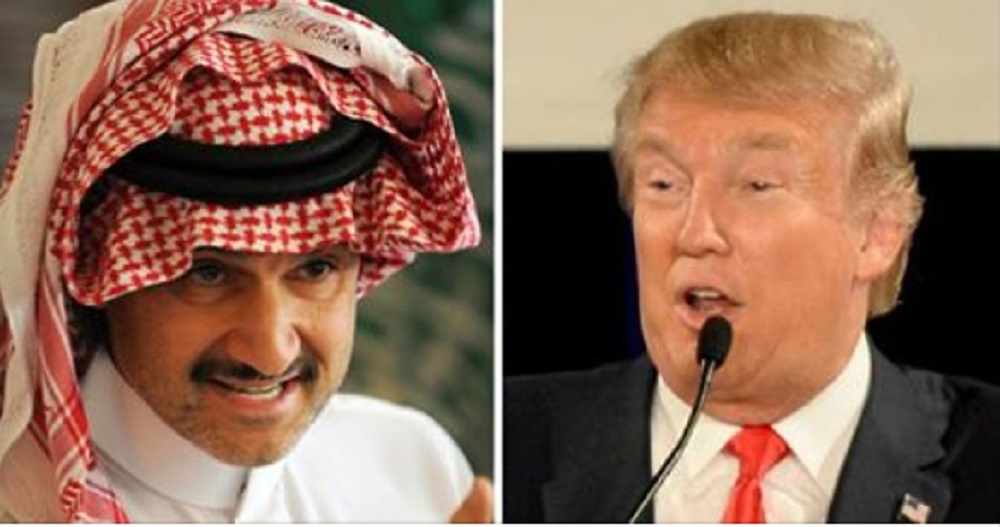 2016 GOP Presidential frontrunner Donald Trump issued a strong rebuke to a Saudi Arabian Prince this weekend, saying the days of the Saudi Royal Family buying off America’s politicians will end if he is elected President.

Republican presidential front-runner Donald Trump is returning fire against the Saudi prince who told him to drop out of the White House race.

“Dopey Prince @Alwaleed_Talal wants to control our U.S. politicians with daddy’s money. Can’t do it when I get elected,” Republican presidential front-runner Donald J. Trump tweeted after the prince told him to end his White House bid.

“[Donald Trump], you are a disgrace not only to the GOP but to all America,” the Saudi billionaire tweeted. “Withdraw from the U.S. presidential race as you will never win.””