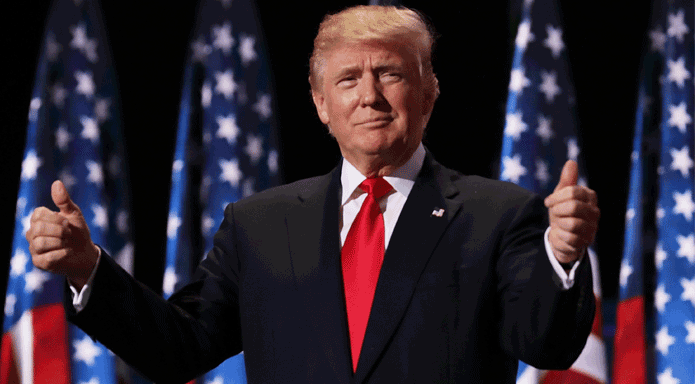 Biden Democrats: Every party leader — and that includes every U.S. president by definition — builds his party in some places and destroys it in others. Obviously, the goal is to do more of the former.

Donald Trump, for example, even as he scared away and even purged some Republican stalwarts of Bush-era ideology, added a working class component to his party that had always been skeptical of the GOP. This was the key to his narrow victories in certain states, his cementing of other swing states as Republican (Florida, Iowa and Ohio), but also of his losses in certain Republican states where he went over poorly (Arizona and Georgia). Barack Obama boosted Democrats with Millennials, but by the end of his presidency they had lost their grip on lower-income voters within a very broad geographic range, resulting in massive losses up and down the ticket in 2014 and 2016.

Joe Biden, whose party-building activity has continued Obama’s work of adding wealthy white suburbanites to the Democrats, is now failing badly in this regard, new data suggest. His unique level of failure to this point has him actually losing to Trump, of all people, among voters under age 29.

Echelon Insights found in its November survey that although most voters do not want to see Donald Trump run again, he and Joe Biden tie at 45% in a prospective 2024 rematch. And with all the necessary caveats about the inaccuracies that can result from small sample sizes, Trump has the advantage (51%) over Biden (40%) among registered voters under age 29.

This result is, all on its own, both catastrophic and counterintuitive. What’s more, it pairs with another surprising and counterintuitive result of the Trump and early Biden era — the gradual increase in Republican sentiment among non-white voters.

Between the pronounced GOP trend in Hispanic South Texas and the potential recognition by Asian voters that Democrats are trying to legalize discrimination against them, the potential for a Republican coalition between culturally disaffected non-whites and white working class voters is very real.

The Echelon poll’s racial sample sizes are even smaller than the ones for age, but here the news is bad for Biden, too. The survey still shows that only 76% of black voters currently say they would “probably” or “definitely” vote for Biden in a Trump-Biden rematch. Biden currently has the support of 52% of Hispanic voters. Either result would be woefully inadequate for Democrats to win in most competitive states.

Democrats have been insisting for 20 years that they were forming an inevitable national majority between young professionals and minority voters, but they lost in 2016 by losing their working class base. Now are slipping in their margins with minorities as well, and the Biden presidency may be causing them to lose ground with the youngest voters.

Georgia: Before the Georgia GOP can rebuild itself, it looks like everyone is going to have to settle their scores first. Republicans had better get ready for some serious bloodletting.

Gov. Brian Kemp, who ran and won the GOP primary in 2018 as the conservative alternative, has fallen dramatically out of favor with President Trump. As a consequence, former Sen. David Perdue will be stepping up to primary him with Trump’s blessing. This can probably only work in favor of 2018 loser Stacey Abrams, D, who launched her campaign with the lie that she had ever acknowledged her 2018 loss to Kemp.

Massachusetts: The Bay State’s very liberal Republican Governor, Charlie Baker, is retiring at the height of his popularity. This gives Democrats an easy chance at a pickup in what otherwise looks to be a difficult year. It will take some time to see whether any strong candidates choose to get in.

Pennsylvania: In case you are wondering what ever happened to former Pittsburgh-area Rep. Melissa Hart, R, she is running for governor and will formally launch her campaign next month. Aside from former Rep. Lou Barletta, she becomes arguably the best-known candidate in a crowded race, and one of only two from western Pennsylvania.

Missouri: Republicans hoping to avoid the resurrection of former Gov. Eric Greitens’ political career face some challenges. Greitens narrowly leads the crowded field with 27%, according to a new Missouri Scout poll of the GOP primary. He is only just ahead of Attorney General Eric Schmitt, who has 24%. Rep. Vicki Hartzler comes in third with 16%.

The field will likely have to consolidate if Greitens is to be stopped, but the lack of credible Democrats jumping at this race also diminishes whatever urgency or pressure there might be for underperforming candidates to drop-out.

Pennsylvania: The doctor is in — Dr. Mehmet Oz, that is, in the Senate race to replace retiring Sen. Pat Toomey, R, and he has entered with the endorsement of Republican Rep. Guy Reschenthaler. Oz’s high name recognition combined with early advertising are making him the man to beat.

That’s not saying much, of course — among primary voters, he clocks in at first place with 11% in a field crowded with obscure candidates, according to one early poll (that’s the initial result of a push-poll testing his initial ad). That may not be especially impressive for someone so well known. Among all GOP primary voters, Oz also starts with a slightly negative 30% favorable and 36% unfavorable rating.

Meanwhile, there are indications that former Pittsburgh-area Republican Rep. Keith Rothfus might get into this race. He is hardly a household name, but he is better-known than most of the other candidates in this race so far and, unlike Oz, he has a record and a conservative reputation to bank on.

North Carolina: A three-judge panel in state court has refused to block the Republican legislature’s redistricting maps from taking effect. This initial victory allows elections to move forward, although the Democratic groups involved in the case plan to appeal.

If the Republican map stands, it means that the GOP will be able to add two U.S. House seats and possibly three in a good year.