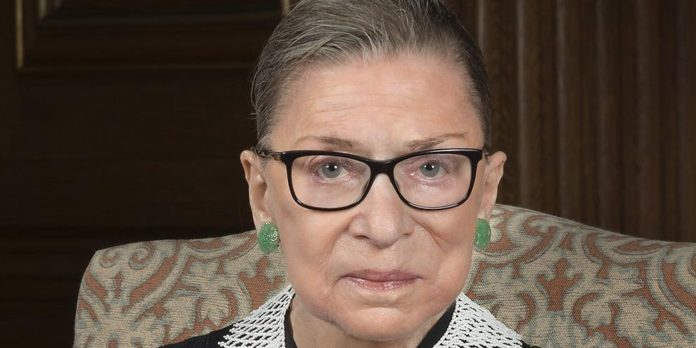 February 13, 2016 marked the modern low-point of the conservative movement. The death of Justice Antonin Scalia came amidst an election that Republicans were deemed certain to lose. Surely, Scalia’s passing meant a 6-3 liberal court. Between Barack Obama’s replacement for Scalia, President Hillary Clinton’s opportunity to replenish the ranks of the Court’s liberals, and the likelihood that Justice Anthony Kennedy would retire, a conservative comeback on the Court seemed like an unhappily remote possibility — a Sisyphean project requiring further decades of work after so much had already been poured into it since the early 1970s.

What happened next, however, was an amazing historical turnaround that not only maintained the balance of power, but later allowed it to shift toward conservatives.

First, Senate Majority Leader Mitch McConnell refused to take up Obama’s nomination of Judge Merrick Garland. In doing so, he cited the precedent first articulated by Sen. Joe Biden a quarter century earlier. Biden had argued that, if a Supreme Court vacancy were to arise, the Democratic Senate majority of 1992 should refuse to take up an election-year nominee by Republican President George H.W. Bush. No such confrontation took place at that time. This was given as a justification for the Republican majority of 2016 to refuse to take up a Democratic president’s nomination.

The real Biden standard: McConnell did not say — as some now erroneously contend — that the Senate should never take up election-year nominees. What he said was that the Senate should not feel obligated to do so if its majority party did not want to — precisely what Biden had argued. And because McConnell and other Republicans did not approve of Garland, they did not take him up. McConnell argued that the voting public should decide the Court’s direction.

Republicans held out, in the face of withering arguments coming almost exclusively from inside-the-beltway voices demanding that they hold hearings and a vote. Voters failed to care.

What’s more, after the voters chose Trump in the election, he was given the opportunity to replace Scalia (with Neil Gorsuch), and then to replace Anthony Kennedy (with Brett Kavanaugh) as well.

The death of Justice Ruth Bader Ginsburg presents President Trump with the opportunity to appoint a third justice in four years, an accomplishment last attained by Richard Nixon. This could be taken as an inflection point, similar to the death of Scalia. But so much is different.

First of all, the Senate remains in Republican hands. There is a potential — although it is not a sure thing — that they will approve a Trump nominee. And there is certainly no reason based in principle that they shouldn’t bring him up.

It’s not hard to justify voting on Trump’s nominee if they want to. Trump was elected to a four-year term, not a three-year term. He’s still in office until January, even if you argue (unwisely, given the history) that he is a dead duck already. He has every right to nominate someone, just as Obama did in 2016. The only question is whether the Senate will take up that nominee. And McConnell is determined to do so.

The case for acting now: The only real disincentive for Republicans to confirm Trump’s nominee — assuming she’s qualified — is that it will trigger an extreme reaction in Democrats. They could respond to the appointment of a sixth putatively conservative justice, the reasoning goes, by packing the Supreme Court in 2021. Republicans can only avoid this, the reasoning goes, by letting slip by the opportunity to appoint a replacement for Ginsburg.

There are a few problems with this reasoning, however. First of all, Democrats have been threatening for years to abuse power they haven’t even had by abolishing the filibuster, increasing the number of justices on the Supreme Court in legislation, and then packing the court with leftists. So why not force them to do it, and with gusto?

In order to reverse a 6-3 Court, a President Joe Biden and a Democratic Senate majority would have to add four additional justices. That’s a lot of court-packing, all at the expense of their perceived legitimacy. Such an abuse of power would be so audacious and disproportionate in reaction to the appointment of a Ginsburg replacement that it would likely trigger a reaction from voters that most elected Democrats are unwilling to tolerate.

How will the voting public feel if President Biden’s first act in office is to appoint four left-wing justices, none of whom has legitimacy in the eyes of half of American voters, using a Senate process that additionally constitutes a violation of Senate process and fair play as understood up to today? Will this enhance or destroy Biden’s credibility?

Not only would the Democratic party’s worst extremist elements be given free rein, but Republicans would be given every excuse to return the favor someday. This could mean packing the court still further, but a more effective propaganda win could be simply to undo Democrats’ abuse of power by downsizing the court when the older liberal justices die or retire (Justices Breyer and Sotomayor are getting up there, too).

Supreme Court politics: In the meantime, from a political perspective, a fight over the court might be just what Trump needs to motivate his base for the upcoming election. Just as the fight over Brett  Kavanaugh in 2018 is believed to have saved the GOP from a much worse calamity that year — indeed, the party gained Senate seats in the midterm in part because of that fight — the Republican cause could be aided in the 2020 Senate races in competitive or potentially competitive states such as  Colorado, Georgia, Maine, Montana, Minnesota, North Carolina, Iowa and Arizona. A fight over Supreme Court appointments and Democratic threats to pack the court will cast in sharp relief Trump versus the Left’s intention to abolish gun rights, reimpose forced unionism in all 50 states for the first time since the 1940s, and turn back hard-fought state laws limiting late-term abortion, all by judicial fiat.

No case for timidity: In contrast, what exactly do Republicans gain by timidly standing aside and avoiding a confirmation fight? If they are lucky, Democrats reciprocate by showing similar restraint — an unlikely prospect for a party that has been threatening to abolish the filibuster since before the 2016 election.

If Democrats are going to abuse power, why make it easy for them? Why allow them to appoint only one or two additional justices in their naked quest to seize power illegitimately? If they are required to appoint four justices in order to regain their advantage on the Court, it is very likely that either Biden himself or one or two Senate Democrats will reject the effort, if only for reasons of political expediency, fearing that the party will pay too great a price in 2022.

West Virginia’s Joe Manchin, in particular, is likely to oppose such a thing, and it is certain that no Republican will go along. Find just one more Democrat, and the threat is averted. It is also possible in this election season that Democratic candidates for Senate will be forced to publicly reject court-packing in order to win their elections.

For his part, Biden is currently campaigning on a conciliatory platform that makes such a course unlikely. “If I win,” he has said, “I’ll make my choice for the Supreme Court not based on a partisan election campaign, but on what prior presidents have done, Republican and Democrats, and I have served with them. Only after consulting Republicans and Democrats in the United States Senate, and seeking their advice and asking for their consent — it says ‘advise and consent the Senate.’”

To be sure, this is all empty rhetoric that Biden could easily abandon. But this, too, would send a powerful message ahead of the 2020 election. Bipartisanship and responsibility are Biden’s strongest messages heading into November. He would have to step on both of them in order to endorse such a court-packing scheme.

Middle East peace: Partisans can complain all they want, but the fact that Biden has been forced to acknowledge a positive accomplishment by President Trump in the MIddle East is rather significant. The accords between Israel and the Sunni monarchies in the Middle East are a very big deal — a development in clear reaction to President Obama’s ill-considered attempts to curry favor with Shiite Iran’s theocratic regime. All it took, in the end, was a decision to upend outdated conventional thinking. The peace process in the Middle East had become bogged down because no one was willing to simply accept the strength of Israel’s current position and move on with life. It turns out that the West’s hankering for a lost world in which the Palestinians had more leverage was always the factor preventing progress.

By simply sidestepping this issue and letting the parties unite against the immense danger of a nuclear Iran, Trump has undone the Gordian Knot of modern diplomacy. His successors, whether Democratic or Republican, will at least quietly welcome what he has done, and they are also certain to build upon it rather than try to undo it.