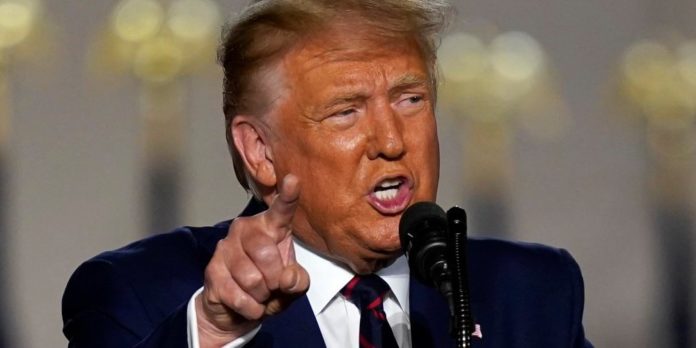 The Labor Day weekend marked the official beginning of the strangest presidential election in a lifetime.

Biden leads in polls by Suffolk, Reuters-Ipsos, Grinnell College, Investors Business Daily, and the British newspaper The Guardian. He also leads by 9 points in Arizona, according to a recent Fox News poll.

However, these polls could prove deceiving. And the tepid face value of Biden’s support against President Trump must also be slightly disconcerting for his backers.

At 83 percent, Democrats are actually less interested in the race than Republican voters at 85 percent, according to a recent Wall Street Journal poll taken before the GOP convention — a fact that should come as a surprise, given the demonstrated intensity of hatred for Trump. And swing voters seem unusually open to voting for Trump, considering the deficit he faces.

Strange indicators: What’s more, Trump was underwater in voters’ opinions of him by 33 points in late August 2016 in the Journal’s polling. Compare that to today, where his disapproval ratings exceed his approvals by only 12 points.

It sounds counterintuitive — Trump is actually more popular today than he was four years ago, yet the polls’ top lines show him doing so badly, and in many cases worse than in 2016.

In short, there are enough strange results lingering out there that polls should not be taken at their face value. And that’s even before taking into account the very unusual circumstances of the coming election.

Given the non-traditional nature that turnout operations on both sides will have to take in 2020, there is also much less certainty than usual about who actually ends up voting. Will widespread mail balloting increase or decrease participation — and among which key groups, supporting whom?

Shy Trumpers: And then, how many shy Trump supporters are there after a relentless six-year campaign to make support for him seem like it is equivalent to support for Adolf Hitler?

Indeed, this is a significant question. Hillary Clinton’s 2016 polling lead over Trump — not just nationally, but also in specific states — failed to take into account the harsh stigma that the media had placed on support for Trump. In today’s environment, people are genuinely afraid for their jobs, their physical safety, and even their lives if they admit to liking or voting for Trump. Look at what happened to a Trump supporter in Portland.

Recovery: Another big question is the jobs market. Trump must be pleased with the headline result from the August jobs report. Unemployment has returned to single digits far ahead of schedule — the expectation was that it would remain in double-digits well into and perhaps all the way through 2021.

Moreover, this cuts directly into Democrats’ messaging. During his convention, Biden tried to frame the coronavirus economic recovery as a post-election project that only he could accomplish — as he and other Democrats put it over and over again, “Build Back Better.” But the sharp drop in unemployment suggests that the recovery is going on right now, amid social distancing, mask wearing, and even continued draconian restrictions in some states. This central Democratic talking point is becoming a moot point, and it’s a good thing for everyone.

Although temporary job losses are becoming permanent ones, even this is not necessarily terrible — more workers’ old jobs have vanished, but on aggregate, the data still point to their finding new employment going forward.

Mix this in with Nancy Pelosi’s unfortunate episode last week. She was busted getting her hair done at a salon forced by local laws to remain closed to the public, and she was caught on camera sauntering about without so much as a mask. When confronted over the obvious hypocrisy — Pelosi has been sharply critical of business owners hoping to reopen and people wanting such services as haircuts — she accused the single mother and salon owner of

For Trump, attainment of a deal with Congress for a new recovery package could make a good situation even better. Until last week, Pelosi had little reason to cooperate. But now, she looks like the historical caricature of Marie Antoinette. Whereas Democrats have failed up to now to negotiate in good faith, she may be forced to play ball by her own blunder.

Vaccine: Also looming in this race is the apparent likelihood that there will be a coronavirus vaccine available as soon as October. This would be a godsend for the nation as a whole, but Democrats are so afraid of the potential boost it could give Trump that they are starting to act like anti-vaccine conspiracy theorists. Joe Biden actually had to contradict his own running mate in this regard. Sen. Kamala Harris had said she would not trust any vaccine produced by the Trump administration: “I would not trust Donald Trump and it would have to be a credible source of information that talks about the efficacy and the reliability of whatever he’s talking about. I will not take his word for it.”

Biden’s walk-back read like this: “If I could get a vaccine tomorrow I’d do it,” he stressed. “If it cost me the election I’d do it. We need a vaccine and we need it now.”

Arizona: More bad news for Sen. Martha McSally, who now trails Democrat Mark Kelly by an astonishing 17 points in a new Fox News poll. This race, and indeed this entire state, seems to be getting away from Republicans. Trump’s unpopularity in the state only accounts for a portion of the problem, as Trump (trailing by 9 points) is actually performing better than McSally. The Democrats’ abrupt surge in this state must be alarming for Republicans, as it evinces precisely the sort of demographic shift that Democrats have been trying to assert or make happen in nearby Texas in order to turn it blue. They are helped here by a popular candidate — an astronaut — but clearly Democratic fortunes in Arizona in 2020 are a lot better than they were in 2010.