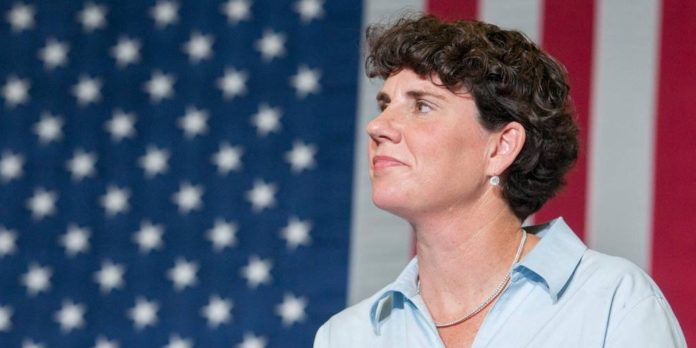 Dire straits: President Trump, his advisors tell Politico, has reportedly concluded that unless something big changes, he is headed for defeat in November — perhaps a very big defeat. The clearest warning sign of Trump’s own beliefs about this might have come when he remarked off-hand in an interview that the presumptive Democratic nominee, Joe Biden, was “gonna be your president because some people don’t love me, maybe.”

That Trump should harbor this fear is not at all unreasonable — it is in fact a reflection of multiple trends in the relevant state and national polls. Trump hasn’t led Biden in a single national poll since February.

More importantly, he trails Biden in most (in some cases all) recent polls of Arizona, Florida, Michigan, North Carolina, Wisconsin, and Pennsylvania. Trump is not so far behind that any one of these states is out of his reach, but such a broadly poor performance in so many states points to big trouble. In the worst-case scenario, it points to big down-ticket losses and perhaps a rout at the Senate level.

This is something the Republican Party can ill afford. The Democrats’ abolition of the filibuster on judicial nominations gave Trump an unprecedented opportunity to re-shape the judiciary, and in fact Trump just recently had his 200th judge confirmed. But this also means that a President Biden, with the help of a Democratic Senate, will have free rein to undo much of what Trump accomplished there.

To be sure, Biden’s opportunity would be more limited. Trump benefited from many dozens of Democrat-appointed judges whom Obama was unable to replace due to the 2014 Republican takeover of the U.S. Senate. Still, some important Republican-appointed judges will not live forever. That includes two conservative Supreme Court associate justices — Clarence Thomas and Sam Alito — who are age 70 or older.

Judicial disaster: Speaking of judges, some of the Supreme Court’s recent rulings may further discourage Trump’s supporters when it comes to the rationale that many turned to when they chose to support Trump in 2016. The decision written by Neil Gorsuch, which equates discrimination based on sex (male or female) to discrimination based on sexual orientation or gender identity, instantly mainstreams transgender ideology.

This isn’t even necessarily a Trump thing as much as it speaks to the conservative movements broader failure in influencing the culture. Gorsuch’s reading of the 1964 civil rights law, as tortured as it is, might make a lot of conservatives wonder why they fought so hard and so long to elect Republicans to the bench. Such things can really have a way of depressing turnout.

Silver lining: Despite all the bad news, a Trump loss is not necessarily a foregone conclusion. We’re still four months out from the November election. Recall that Trump was counted out and left for dead in 2016 by so many people that it’s a lot easier to list the people who got it right.

The social pressure against voting for Trump has arguably never been as intense as it is now, with the mainstream media in an all-out campaign to destroy Trump. The Trafalgar Group, one of the few polling firms that predicted a Trump win in 2016, was able to do so because its pollsters tried to take off the social pressure and ask people how their neighbors were going to vote. Their latest poll of Wisconsin shows Trump with a narrow lead.

Can extreme anti-Trump social pressure really be hiding enough secret Trump leads that he can overcome what all the polls in so many states are suggesting? That assertion is a lot harder to make — although that doesn’t make it false.

Also in Trump’s favor, he continues to raise money effectively and currently has more than a quarter billion dollars on hand. Then again, as Hillary Clinton proved in 2016, no amount of money can save you if you’re genuinely unpopular. Trump’s need to right the ship is absolute, and it cannot be satisfied by any amount of money raised.

Colorado: Former Gov. John Hickenlooper, D, ran into some serious friction in the last month of what was expected to be a cake-walk to the Democratic nomination and pole position for defeating Sen. Cory Booker, R, this fall.

Former Colorado state House Speaker Andrew Romanoff, D, is now slamming Hickenlooper with a scathing ad, assailing the state’s political titan for the recent finding by a state commission that Hickenlooper took illegal gifts. He also hits him for the contempt ruling against Hickenlooper for refusing to comply with a subpoena in that case. The problem is serious enough that Democratic regulars have set up a Potemkin group to defend him with counter-ads of their own.

Hickenlooper has made other mistakes, although perhaps not fatal in themselves — he didn’t help his cause or make himself out to be in touch with current events when he said in debate earlier this month that George Floyd had been shot.

Although Hickenlooper should easily defeat Romanoff in this week’s primary, the negative ads should help chip away at his squeaky-clean image. Gardner will still have his work cut out for him, but the ruling against Hickenlooper definitely works in his favor. Leaning Democratic Takeover.

Kentucky: As we anticipated, progressive Charles Booker ran very strongly against establishment favorite Amy McGrath. Although many absentee ballots will not be added into the tally until Tuesday, as of Sunday night, Booker held a lead in ballots counted for the Democratic nomination to take on Sen. Mitch McConnell, R.

This is a truly shocking case of political malpractice, with McGrath raising $41 million and spending more than half of that as of the beginning of June, whereas Booker had raised less than $1 million total.

At this point, it’s hard to say which one Democrats should be rooting for if their only goal is to win the seat. Despite McGrath’s remaining millions, the available polling actually shows Booker running stronger against McConnell than McGrath does.

Even then, both Democrats trail the wily incumbent by very wide margins, and Kentucky is certainly going to be Trump country this fall. Likely Republican Retention.

Kentucky-4: Rep. Thomas Massie, R, may have upset President Trump (who raged against him on Twitter) and House leadership when he tried to force a vote on the coronavirus relief package, but he didn’t upset his constituents. He easily turned back a challenge, at one point  supported by national Republicans, with 88 percent of the vote before absentees are in. This primary shows the limits of Trump’s influence on the GOP. He has repeatedly helped Republican candidates win primaries, but even he can’t make a non-contender into a contender.