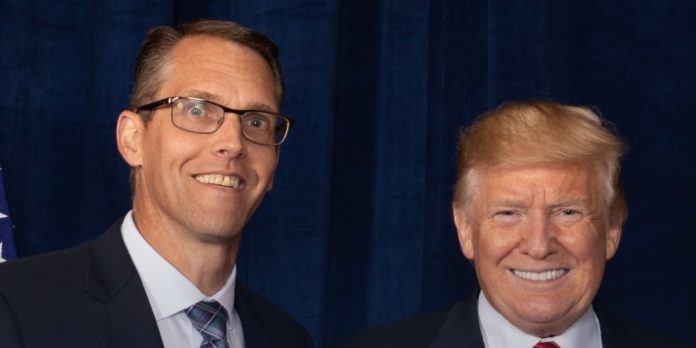 Dark days for Trump? According to some polls, President Trump’s approval rating has fallen by a statistically significant amount since the recent unrest began. Other surveys point to no change at all since as far back as March.

There are three factors at play here. One is the coronavirus itself. This will probably prove to be a mixed bag, and it may actually be forgotten within a few months. On balance, the public has mildly frowned upon Trump’s performance when it comes to the virus — including, to some degree, his laser-focus on reopening, which until last week was viewed as risky. Most of all, supporters and opponents alike must look upon it as a missed opportunity. Trump had a chance to present himself as a uniting figure. That essentially didn’t happen. To be sure, the media would have been against him no matter what, but Trump’s noteworthy ability to reach beyond the media and communicate with people has been hampered by his own intemperance. Even so, Trump won the presidency once while rage-tweeting; who’s to say he can’t do it again?

This brings up the second element: the protests and riots that have begun across the nation. The sudden advent of a protest movement has made Trump’s position on the virus seem much more reasonable. Suddenly, every Democrat has adopted the position that lockdowns are less important than individual liberties. Who knew?

This means that Americans have given up on lockdown. As long as protestors go out to spread the virus, we might as well stop pretending it’s still saving anyone.

Third, the more riotous protests must be considered on their own. On the one side, there’s the perception — eagerly promoted by the media — that the U.S. is slipping into a race-war. The implication is that Trump is somehow to blame for this, even though some of the most high-profile cases of police misconduct against blacks (the killings of Eric Garner and Walter Scott) occurred under Barack Obama’s presidency.

On the other side, there is strong public opposition to violence and rioting as a means of advancing political causes. If Trump’s opponents allow themselves to become associated with rioting — as some of them seem intent on doing — then it could help him to shore up support.

How things could work to Trump’s benefit, or peril: This certainly seems like a dark moment for President Trump. He fares poorly in the polls and the prevailing media narrative — that somehow George Floyd’s death at the hands of a policeman has something to do with him — isn’t doing him any favors.

One can easily envision a scenario in which Trump simply sinks into the quicksand and never recovers. Joe Biden takes increasing leads nationally and in key states such as Michigan, and Trump simply fails to catch up. He spends the summer buried in controversies over racial tensions and perpetually complaining about the media. His eventual efforts at a last-minute GOP convention come to naught, and the

Even so, one can imagine Trump turning the tables. Obviously, after 2016, one cannot afford to rule it out.

Let’s envision a scenario in which the rioting continues, giving rise to a massive backlash.

Despite negative responses to the Bible incident at Lafayette Square, the continued lawlessness, destruction, and antifa violence sour most of the country on whatever is going on. Their sympathy for George Floyd cannot overcome growing sentiment that this cannot persist any longer.

Trump’s calls to restore order, still ferociously criticized by the media, are now welcomed by the large, silent majority of Americans who reject rioting despite being appalled by what happened to Floyd. Moreover, his desire to reopen the economy is vindicated by the protests, which undermine any social-distancing efforts anyway. America got restless — the quarantine is officially over.

Meanwhile, with the protests and riots having abruptly ended all government efforts to enforce coronavirus lockdowns, the economy continues to bounce back much faster than anyone had expected. In following with the excellent May jobs report, unemployment continues to plummet. The July employment report, released in early August, shows it back in single digits as nearly all states have reopened almost all businesses. Trump heckles governors who still haven’t fully reopened, if there are any.

Is this a likely scenario? Probably not. But it’s the most interesting one — the one where Trump definitely has a chance to right the ship and win re-election.

Colorado: Gov. John Hickenlooper, D, was unanimously held in contempt by a state ethics panel for refusing to show and testify regarding charges that he illegally accepted private jet travel and the use of a Maserati. Worse, he was found guilty of the charges on Friday. This may not be enough to cost him his party’s nomination June 30 against the more liberal Andrew Romanoff, but it might begin the process of wearing down Hickenlooper’s popularity.

Sen. Cory Gardner, R, needs all the help he can get in holding off HIckenlooper’s challenge, so this story is quite a boon for his campaign. Gardner showed himself to be a smart, tough, and disciplined campaigner in 2014, but this time he simply faces a much tougher opponent in a political year that is not shaping up to be nearly as Republican as that midterm was.

North Carolina: It is definitely not good news for Sen. Thom Tillis, R, that he only leads state Sen. Cal Cunningham, D, 38 to 36 percent in a new poll. But then, some polls just fail to make learners commit.

Iowa-4: Rep. Steve King, who in the last few years had pushed the boundaries of how much support national officeholders could lend white nationalist causes, lost his Republican primary last Tuesday to state Sen. Randy Feenstra.

Feenstra rode in to the nomination on the back of religious conservatives of Dutch descent, of whom there are many in western Iowa. He also argued, persuasively, that King had become a useless and ineffective member of Congress, hobbled by his various controversies.

King’s days were numbered after he questioned the purported stigma that white nationalist ideology receives in American politics.

Before he went on this alt-Right kick, King had been a pretty basic standard-issue Republican. By the time he lost his race last week, he had been expelled from his committee assignments and thoroughly alienated by and from his party’s leadership.