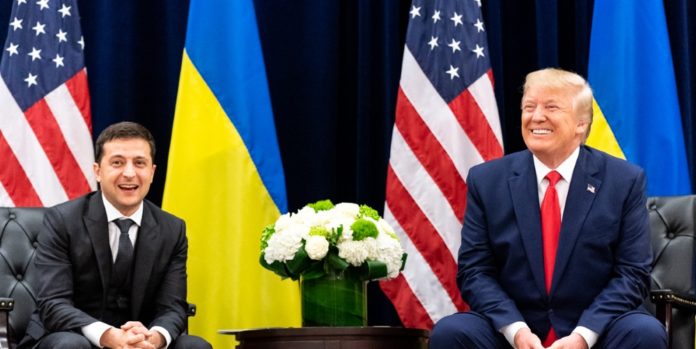 In a recent interview, Ukraine President Volodymyr Zelensky stated, “I never talked to the president from the position of a quid pro quo. That’s not my thing.” As Democrats’ calls for impeachment continue, this statement from the Zelensky shoots down their claim that President Trump specifically withheld aid to Ukraine in exchange for information and an investigation on Democratic candidate Joe Biden.

The phone conversation between the two Presidents has been the subject of mass speculation for Democrats and meanwhile, Republicans are working to dismantle the concerted efforts by Democrats to impeach and remove President Trump. Zelensky has said that the two did discuss the topic of corruption in Ukraine and the implications of President Trump’s statements that Ukraine is corrupt. However, Zelensky has stated emphatically that Trump was in no way positioning the conversation as a “quid pro quo.”