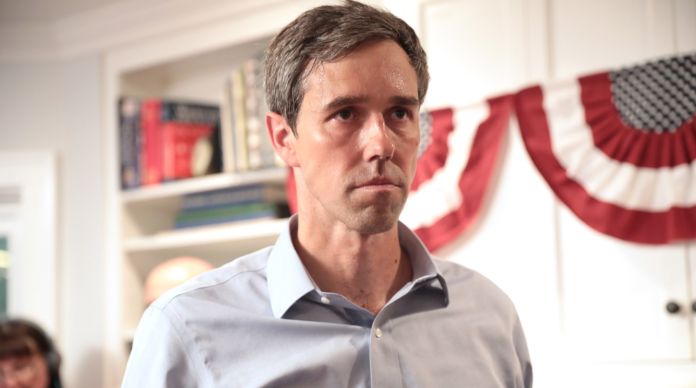 Impeachment: So far, the jury is out (so to speak) on impeachment. The only change at this point is that Democrats are now as certain as they have ever been to vote to impeach President Trump. Senators need to prepare for a trial, because it’s happening.

Democrats have seized upon the testimony of Ambassador William Taylor — a diplomat hand-picked by Trump’s Secretary of State — to allege that he abused his power with his request that the president of Ukraine investigate Joe and Hunter Biden.

Trump’s best defense at this point is that threats and horse-trading comprise nearly all American foreign policy, and so what he did is nothing special. It’s not that there’s no quid pro quo, as Trump initially said — it’s that quid pro quo has always made the world go round, and that’s been the case under every American president..

It’s very likely that Trump’s supporters — especially Republican office-holders in Washington — will feel satisfied with this explanation. His critics, who have wanted to impeach him since day one, will not.

The merits of the question aside, Democrats who don’t vote to impeach won’t be able to explain it to the primary electorate back home. Senate Republicans who vote to remove him — if there are any, and it’s doubtful — will have hell to pay in their own primaries. With the killing of ISIS leader Abu Bakr al-Baghdadi, Trump has likely tamped down any serious Republican opposition.

Thus, the course of the next 14 months and the next election might just hinge on how the public reacts to a sitting president being impeached in the House and then acquitted in the Senate along party lines. We still don’t know how this is going to pan out.

Biden’s collapse continues: A new California poll shows Joe Biden falling back into third place with 19 percent. That puts him well behind both Elizabeth Warren and Bernie Sanders. And unfortunately, for him, it’s hard to see where he can generate additional support, whereas Warren is likely to poach more of Sanders’s support before the California primary takes place.

Similarly, a poll in Iowa shows Biden in free fall, in a distant fourth place at 12 percent and with relatively few caucus-goers seriously considering him or naming him as their second choice (an option in the poll). Previously, Biden and Bernie Sanders had been tied for first in this same poll, which surveys the same pool of Democratic primary caucus-goers each month. The share of poll participants opposed to Biden is north of 30 percent, more than ten points higher than that of any other candidate. Second choice is an especially important metric in the caucuses, since those who choose losing candidates have the opportunity to take a second choice in the caucus-room.

In short, Biden is crashing and burning. His fundraising is so bad that he has dropped his nominal opposition to a personal SuperPAC. He is effectively welcoming followers to raise the large-dollar money that his campaign cannot.

It would be hard to say that this is the result of any single mistake on his part. But there’s no avoiding it — several noteworthy circumstances have basically conspired to ruin the candidate with the greatest chance of taking down Trump.

Biden once seemed like a prohibitive frontrunner. So how did this happen? How is it happening even now?

First of all, Warren has emerged as a viable alternative. She hadn’t been perceived as such until recently.

Second, Biden is not impressing anyone. His recent reference to Julian Castro as “Cisneros” offers a typical example. When he chose to run in 2020 (and when he chose not to run in 2016), he was running the risk of being or appearing too old to serve by the time he actually tried to run. He is now living out the downside of that risk.

Third, Biden is being hurt by the public controversy surrounding Trump’s impeachment, insofar as it has ensnared him and his ne’er-do-well son Hunter. The appearance of impropriety is not too great for Democratic voters to overlook, but they also understand that this will be their only chance to beat Trump. They don’t want to risk it on damaged goods — especially not if the damage gets worse every time Trump’s big scandal is mentioned.

Moreover, here’s another consideration: Democratic voters settled for Hillary Clinton in 2016, feeling that a safe, establishment choice would be a better bet to win than a wild leftist like Bernie Sanders. They lived to regret that decision. They are convinced now that they made the wrong choice and that in choosing Biden, they would be repeating the same mistake.

In short, Trump appears set to avoid the opponent he is most worried about.

The Democratic pack: Those polls mentioned above — in Iowa and in California — continue to show that Warren is the new frontrunner, but they contain some other lessons, too.

Pete Buttigieg, mayor of Indiana’s fourth-largest city, now leads Sen. Kamala Harris in her home state of California. Buttigieg is also surprisingly strong in Iowa, clocking in at 20 percent support, ahead of Sanders, Biden, and a number of other candidates who are on their way out. Speaking of which, Beto O’Rourke lags behind Tulsi Gabbard in Iowa and so far lacks the polling he needs to make the November debate. (Perhaps he will follow the pattern and come out in favor of a bill requiring mandatory quartering? But then, would even that be enough to qualify him?)

Cory Booker has actually made the next debate, but he remains an asterisk in terms of popular support. Castro has no reason to stay in this race except for comic relief.

According to local news reports, Kemp has been meeting with state Supreme Court Chief Justice Harold Melton. Of all the possible replacements for the retiring Sen. Johnny Isakson, Melton could be the most interesting. Melton, an appointee of former Gov. (now U.S. agriculture secretary) Sonny Perdue, R, lacks political experience. But he can’t be a dummy if he’s on the Supreme Court, and he could turn out to be a real asset in a state where the Republican Party is struggling to defend its current dominance and win the slightly larger sliver fo the black vote that is required to shut Democrats out over the long haul.

Already, former Reps. Tom Price and Jack Kingston have expressed interest, submitting resumes to Kemp. Price, as someone forced to resign from the Trump administration over personal extravagance, seems an unlikely choice. Kingston, who ran and lost a three-way primary for Senate in 2014, seems like a more conventional bet. There are hundreds of other contenders, although only a handful of these have a real shot at getting Kemp’s appointment.