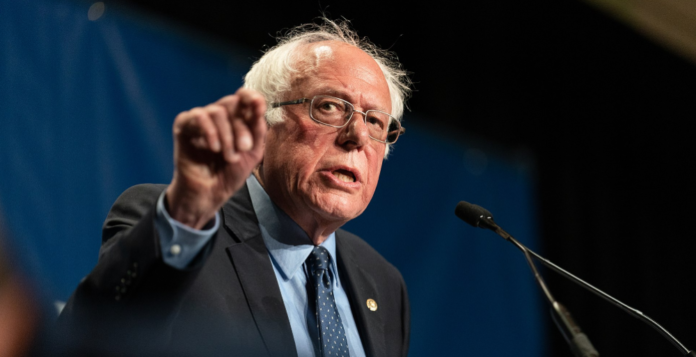 An audience member named Martha Readyoff asked Sanders about his thoughts on “the need to curb population growth,” since “the planet cannot sustain this growth.” Sanders agreed with the questioner’s proposal that hey designate this issue a “key feature” of his climate policy, and went on to add:

“[W]omen in the United States of America, by the way, have a right to control their own bodies and make reproductive decisions.

“And the Mexico City agreement, which denies American aid to those organizations around the world that are — that allow women to have abortions or even get involved in birth control, to me is totally absurd. So I think, especially in poor countries around the world where women do not necessarily want to have large numbers of babies, and where they can have the opportunity through birth control to control the number of kids they have, it’s something I very, very strongly support.”

The Mexico City policy — first enacted in 1984 by the Reagan Administration and then rescinded and reenacted by differing presidential administrations in the decades since — prohibits U.S. taxpayer dollars from being used to promote abortion overseas as part of American aid to other countries. President Trump reinstated the Mexico City policy shortly after his inauguration in January 2017.

Pro-life pundits as well as legislators to the right of Sanders took issue with his assertion that abortion, particularly government-forced U.S. financial support for abortion in third world countries, is a necessary part of protecting the environment.

CNN commentator S.E. Cupp excoriated the senator’s comments in a tweet: “Let’s just state for the record: talking about needing ‘population control’ through ABORTION for the sake of CLIMATE is talking about EUGENICS. The fact that @BernieSanders is willing to entertain this vile idea is not only disgusting, it should be disqualifying.”

Congressman Steve Scalise (R-LA) criticized Sanders’ comments: “During CNN’s #ClimateTownHall, Bernie Sanders said YOUR tax dollars should be used to fund abortions in foreign countries to reduce population size. Are you kidding?? That’s horrifying, and tells you just how little regard radical liberals have for innocent life,” Scalise also tweeted on Wednesday night.