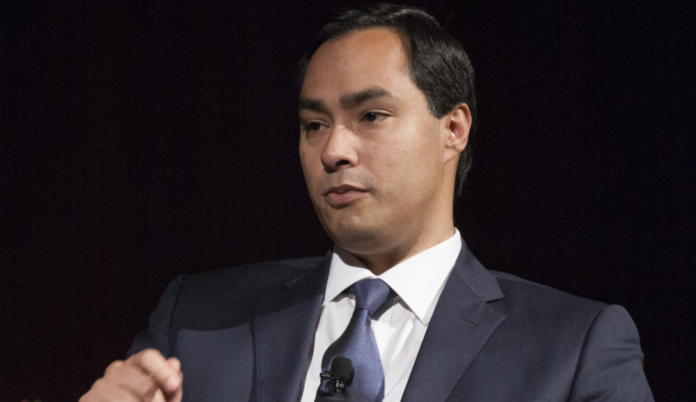 On Tuesday Joaquin Castro, a Democratic member of the House of Representatives and twin brother of Democratic presidential candidate Julián Castro, tweeted from his congressional campaign’s Twitter account a message berating his fellow Texans for donating to President Trump’s reelection efforts, listing their full names and occupations.

The congressman also pointed out that some of the President’s donors ran prominent local businesses:

“Sad to see so many San Antonians as 2019 maximum donors to Donald Trump — the owner of ⁦ @BillMillerBarBQ, owner of the ⁦@HistoricPearl, realtor Phyllis Browning, etc⁩.

“Their contributions are fueling a campaign of hate that labels Hispanic immigrants as ‘invaders,’” said Castro.

Attached to the Tweet was a .jpg image with several other Trump donors’ names and occupations.

Rep. Castro’s tweet contained information that any member of the public can access, as some donor information (for those who donate more than $200 to a political campaign) must be reported to the Federal Election Commission (FEC), per FEC guidelines. But the congressman’s allegations of bigotry towards Trump donors seemed to go beyond simple interest in transparency in democracy.

Indeed, Castro has doubled down on the content and message behind his Tweet shaming Trump supporters. When questioned about his remarks by members of Fox News’ Fox & Friends, Castro insisted, “No one was targeted or harassed in my post. You know that. All that info is routinely published . . . You’re trying to distract from the racism that has overtaken the GOP and the fact that President Trump spends donor money on thousands of ads about Hispanics ‘invading’ America.'”

Other Democrat and mainstream media voices have also chimed in their support of the congressman’s behavior. On Tuesday evening, NBC’s Joe Scarborough tweeted:

“If your business funds Trump’s campaign, then you are supporting white supremacy.
Full stop.
Look at his rallies.
Listen to the chants of “Send her back!”
Hear the calls of “Shoot them!”
Your money funds that.
Your business supports that.
You are complicit.”

Republicans and others on the right have decried the message that ordinary American citizens should be publicly targeted and shamed for their political beliefs and rightful expressions thereof.

House Minority Leader Kevin McCarthy (R-CA) said, “Targeting and harassing Americans because of their political beliefs is shameful and dangerous. What happened to ‘when they go low, we go high?’ Or does that no longer matter when your brother is polling at 1%? Americans deserve better.”