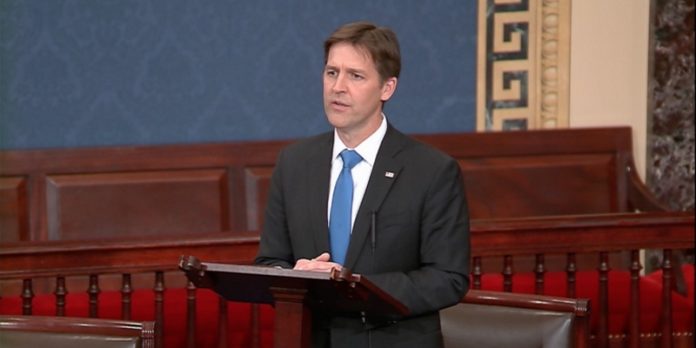 Virginians have been watching intently this week as their elected representatives debate abortion access. A bill was defeated in the VA State Senate that would have allowed abortion procedure up until the point of birth.

When asked if the proposed VA law would permit abortion as a woman was giving birth, VA Democratic Del. Kathy Tran, one of the bill’s sponsors affirmed, “My bill would allow that, yes.”

The governor of Virginia, Ralph Northam, sparked outrage when he defended the legislation, explaining “If the mother is in labor I can tell you exactly what would happen. The infant would be delivered, the infant would be kept comfortable, the infant would be resuscitated (if that’s what the mother and the family desired) and then a discussion would ensue between the physicians and the mother. So, I think this was really blown out of proportion.”

For reference, the Merriam-Webster dictionary defines infanticide as “the killing of an infant.”

Mr. Sasse, the junior U.S. Senator from Nebraska, appeared on Fox News, saying Governor Northam “it’s breathtaking stuff and if he can’t say that protecting a little baby girl who has survived an abortion is something we as a society all believe in together, he really should get the hell out of office.” See the clip here:

He later came to the Senate floor on January 31st to challenge his fellow Senators to reject the stance of Democrats in Virginia. He is introducing the Born Alive Abortion Survivors Protection Act: “A bill (S. 311) to amend title 18, United States Code, to prohibit a health care practitioner from failing to exercise the proper degree of care in the case of a child who survives an abortion or attempted abortion.”

“On Monday, I’m going to ask all 100 senators to come to the floor and be against infanticide. This shouldn’t be complicated.”

The full congressional record of Sen Sasse’s floor speech can be read below and in the Congressional Records:

The PRESIDING OFFICER. The Senator from Nebraska.

Mr. SASSE. Mr. President, this place fancies itself the world’s greatest deliberative body, but we would be deceiving ourselves if we ignored the biggest debate that has been happening in America over the last 36 hours.

Everyone in the Senate ought to be able to say unequivocally that killing that little baby is wrong. This doesn’t take any political courage, and if you can’t say that, if there is a Member in this body who can’t say that, there may be lots of work you can do in the world, but you shouldn’t be here. You should get the heck out of any calling in public life where you pretend to care about the most vulnerable among us. There should be no politics here that are right versus left or Republican versus Democrat. This is the most basic thing you could be talking about. We are talking about a little baby born alive, and we have a public official in America defending the idea: Well, you could have a debate about killing her.

Tonight, I am beginning what is known as the rule XIV process. That is an expedited procedure for floor consideration of my legislation, the Born Alive Abortion Survivors Protection Act.

Mr. SASSE. Mr. President, I understand there is a bill at the desk, and I ask for its first reading.

The PRESIDING OFFICER. The clerk will read the bill by title for the first time.

A bill (S. 311) to amend title 18, United States Code, to prohibit a health care practitioner from failing to exercise the proper degree of care in the case of a child who survives an abortion or attempted abortion.

Mr. SASSE. Mr. President, I now ask for a second reading and in order to place the bill on the calendar under the provisions of rule XIV, I object to my own request.

The PRESIDING OFFICER. Objection is heard. The bill will be read for the second time on the next legislative day.

Mr. SASSE. Thank you. I look forward to the debate in this body on Monday evening.