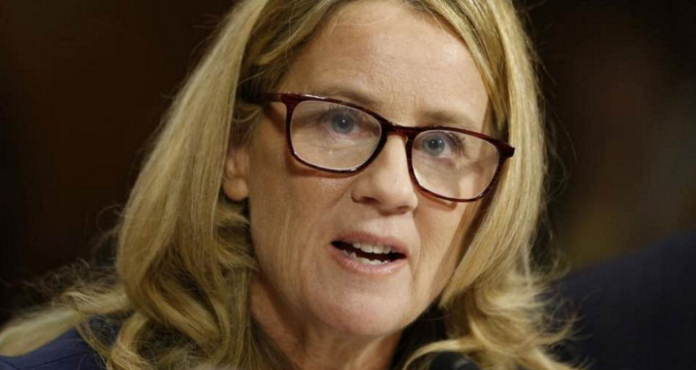 Sean Davis in The Federalist this week has an illuminating short piece on an academic paper that Kavanaugh accuser Christine Blasey Ford helped to write earlier in her career as a researcher and professor of psychology:

“Christine Blasey Ford, a California woman who has accused Supreme Court nominee Brett Kavanaugh of attempted rape in the 1980’s, co-authored an academic study that cited the use of hypnosis as a tool to retrieve memories in traumatized patients,” Davis writes. “The academic paper, entitled “Meditation With Yoga, Group Therapy With Hypnosis, and Psychoeducation for Long-Term Depressed Mood: A Randomized Pilot Trial,” described the results of a study the tested the efficacy of certain treatments on 46 depressed individuals. The study was published by the Journal of Clinical Psychology in May 2008.”

“While the paper by Ford and several other co-authors focused on whether various therapeutic techniques, including hypnosis, alleviate depression, it also discussed the therapeutic use of hypnosis to ‘assist in the retrieval of important memories‘ and to ‘create artificial situations; to assist in treatment” [emphasis added].

The study’s participants were taught self-hypnosis as part of the study’s attempts to recover from trauma, but the authors of the paper stated that such “patients are highly suggestible and easily subject to memory contamination.”

Davis rightly notes that it is not known whether Dr. Ford underwent any treatment of this kind on her own, but goes on to highlight several inconsistencies in Ford’s many claims and statements since her July 30 letter and her public testimony in the Senate Judiciary Committee.

On October 2, Senate Majority Leader Mitch McConnell (R-KY) announced that the Senate will hold a full vote this week on whether or not to confirm Judge Brett Kavanaugh to the Supreme Court.