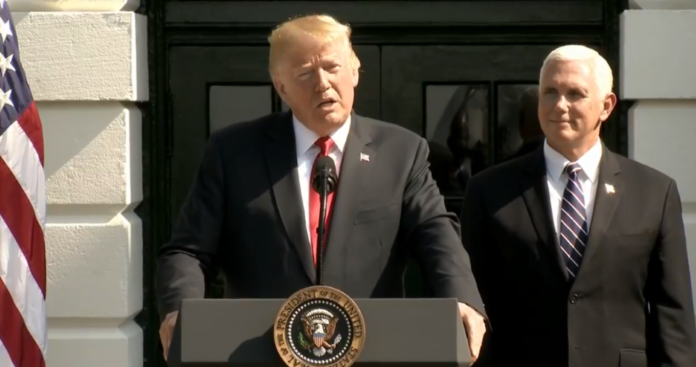 “The U.S. economy grew by 4.1 percent in the second quarter of 2018, marking the fastest economic expansion in nearly four years, according to a highly anticipated estimate released Friday by the Commerce Department,” per a report from Fox this Friday.

The figure marks the highest quarter growth since 2014.

After the release of the report President Trump made public comments pointing to Republican tax cuts, deregulation, and his administration’s trace policies (the New York Times even highlights the fact that “[e]xports rose 9.3 percent, driven in part by a surge in soybean shipments tied to President Trump’s trade policies”).

The President included in his Friday remarks on the new numbers a customary rhetorical flourish: “America is being respected again and America is winning again because we are finally putting America first.”