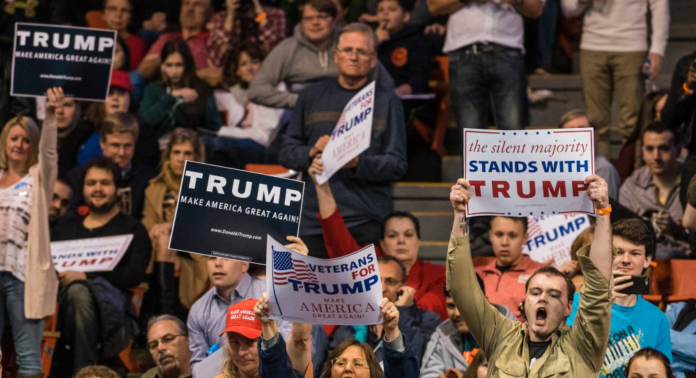 CNN has beclowned itself once more by apparently harassing and filming a Florida woman who engaged in pro-Trump political activity online and in her community: “A Florida woman grew hostile with a CNN reporter who confronted her in her front yard about promoting a pro-Donald Trump event at the apparent behest of Russian trolls,” the Washington Free Beacon reports.

“Florine Gruen Goldfarb runs the Facebook page for Team Trump Broward County, and the group posted events that were promoted and encouraged by Russian trolls as part of its extensive election meddling operation, according to reports. One event was a ‘Florida Goes Trump’ flash mob.”

When CNN reported Drew Griffin told Goldfarb that her Facebook group was compromised by Russian trolls, Goldfarb reiterated her innocence and eventually cut the interview short:

“‘Give me a break!'” Goldfarb said. ‘I have nothing to do with the Russians.'”

View the tense exchange in its entirety here: http://freebeacon.com/politics/cnn-reporter-confronts-trump-supporter-yard-promoting-russian-troll-event/

Last week, Robert Mueller’s special investigation confirmed that Russian attempts at inflaming political divisions in the U.S., especially via social media, did take place during the course of the 2016 elections.

NPR reported last week: “Thirteen Russians and three Russian entities were indicted by a federal grand jury in connection with the attack on the 2016 election. The indictment lays out a number of detailed allegations against the Internet Research Agency located in St. Petersburg and against individuals who owned, controlled, funded or worked for the organization.

Another key piece of information from Mueller’s investigation and indictment?

So why has CNN deemed it appropriate to shame an innocent American citizen and subject her to further harassment?

It’s not the first time CNN has sought to publicly out and humiliate those who hold views or promote content they disagree with.