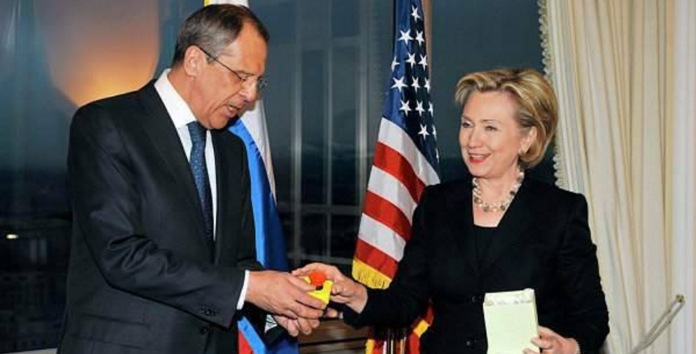 “An FBI informant connected to the Uranium One controversy told three congressional committees in a written statement that Moscow routed millions of dollars to America with the expectation it would be used to benefit Bill Clinton’s charitable efforts while Secretary of State Hillary Clinton quarterbacked a ‘reset’ in U.S.-Russian relations,” reports The Hill, which received the leaked testimony first.

“The informant, Douglas Campbell, said in the statement obtained by The Hill that he was told by Russian nuclear executives that Moscow had hired the American lobbying firm APCO Worldwide specifically because it was in position to influence the Obama administration, and more specifically Hillary Clinton.”

APCO is denying any sort of impropriety on their part. But according to Campbell, Russian nuclear officials communicated to him that “they expected APCO to apply a portion of the $3 million annual lobbying fee it was receiving from the Russians to provide in-kind support for the Clintons’ Global Initiative,” and that APCO was to “give assistance free of charge to the Clinton Global Initiative as part of their effort to create a favorable environment to ensure the Obama administration made affirmative decisions on everything from Uranium One to the U.S.-Russia Civilian Nuclear Cooperation agreement.”

Some of these details have been previously reported on, but what is news is that Campbell presented his ten-page statement to the Senate Jdougdiciary Committee, the House Intelligence Committee, as well as the House Oversight and Government Reform Committee. He was also interviewed privately by committee staff.