Top leaders at the FBI and Department of Justice lied to a FISA court judge to obtain a warrant to spy on a Trump campaign official in October of 2016, a blockbuster memo released today reveals.

The memo shows that the phony dossier compiled by Christopher Steele on behalf of Hillary Clinton and the DNC was critical in obtaining FISA Court approval to spy on Carter Page, a foreign policy adviser to Trump.

Steele was also on the FBI payroll. The FISA request even included media reports about the dossier which had been leaked by Steele himself!

According to The Washington Examiner:
“*The Steele dossier formed an essential part of the initial and all three renewal FISA applications against Carter Page.

* Andrew McCabe confirmed that no FISA warrant would have been sought from the FISA Court without the Steele dossier information.

* The FBI authorized payments to Steele for work on the dossier. The FBI terminated its agreement with Steele in late October when it learned, by reading an article in Mother Jones, that Steele was talking to the media.

* The political origins of the Steele dossier were known to senior DOJ and FBI officials, but excluded from the FISA applications.

* DOJ official Bruce Ohr met with Steele beginning in the summer of 2016 and relayed to DOJ information about Steele’s bias. Steele told Ohr that he, Steele, was desperate that Donald Trump not get elected president and was passionate about him not becoming president.”

The House Intelligence Committee voted to declassify the memo earlier this week, and President Trump subsequently approved.
“The top Leadership and Investigators of the FBI and the Justice Department have politicized the sacred investigative process in favor of Democrats and against Republicans -something which would have been unthinkable just a short time ago,” President Trump said in a Twitter statement prior to the release of the memo. “Rank & File are great people!” 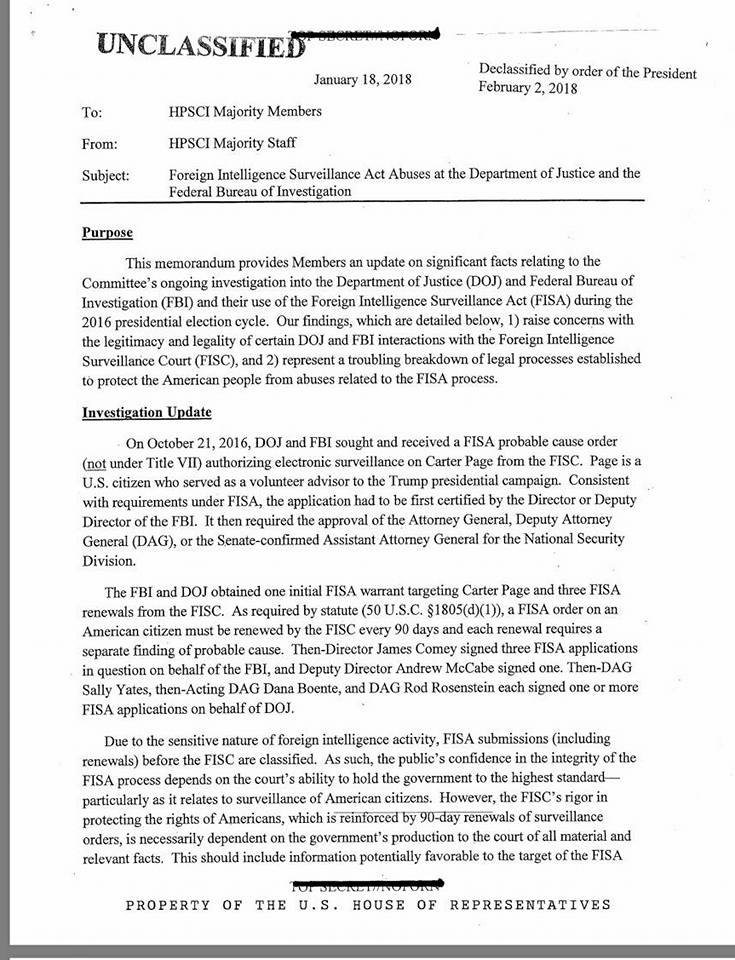 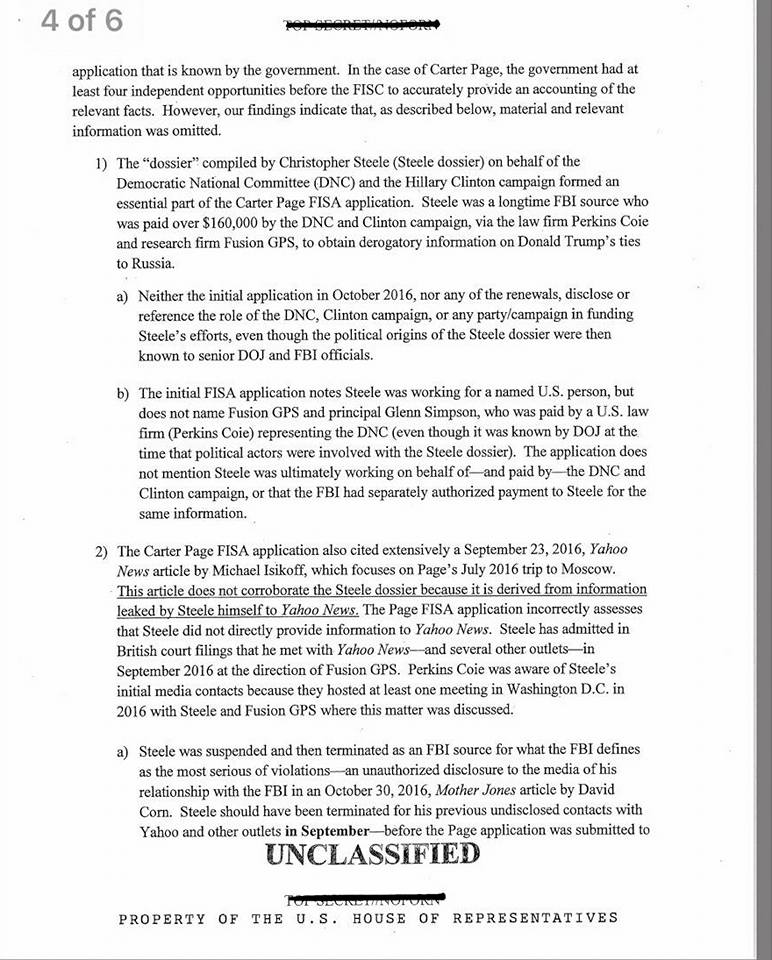 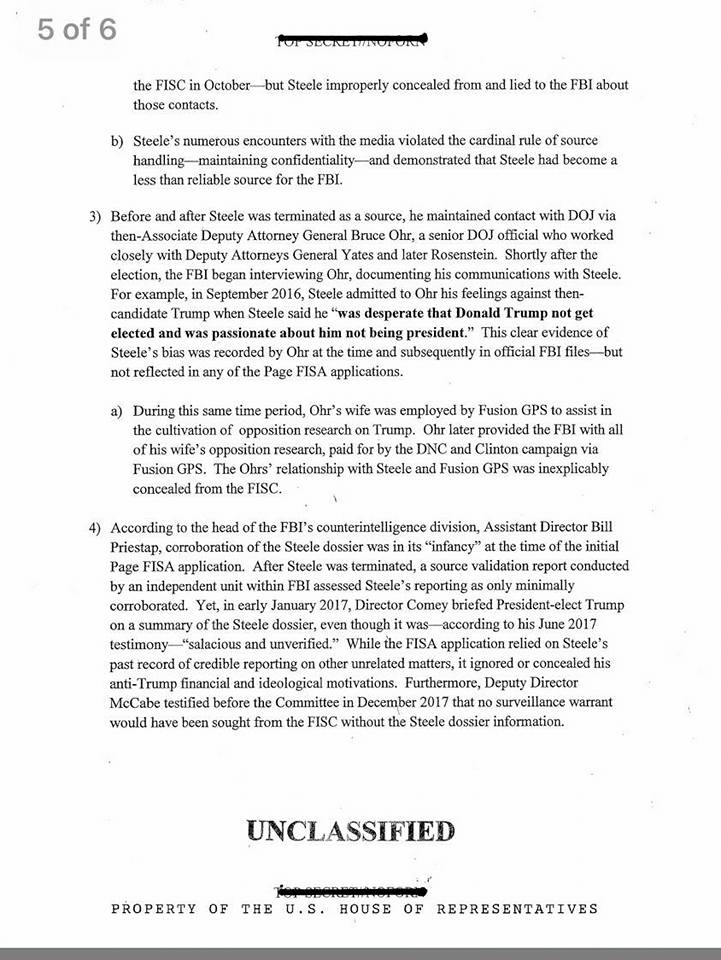 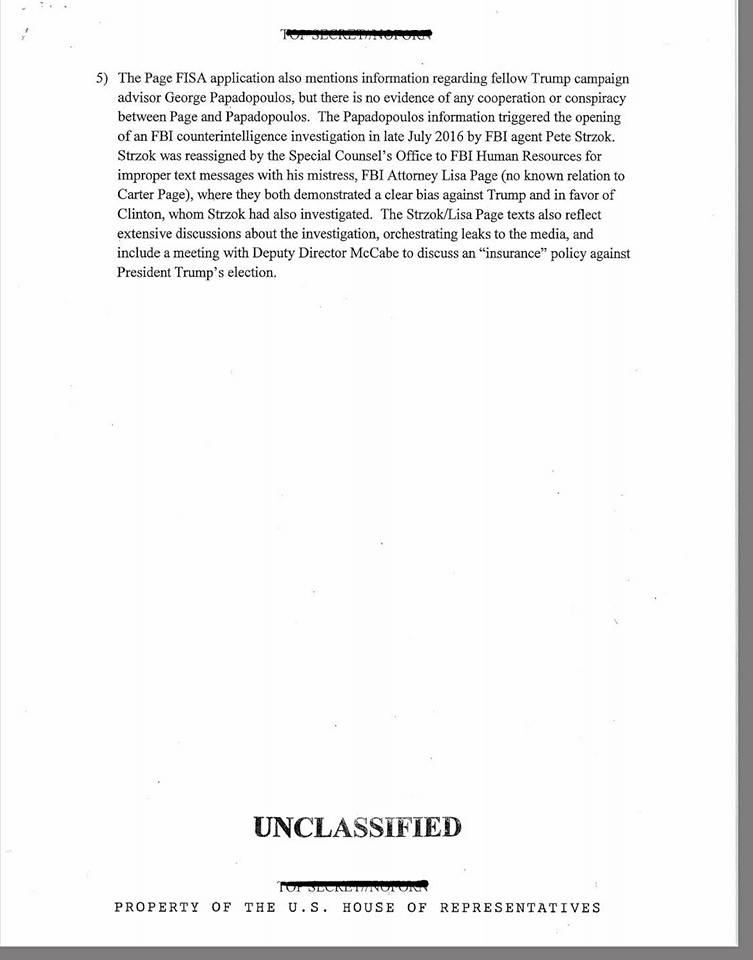