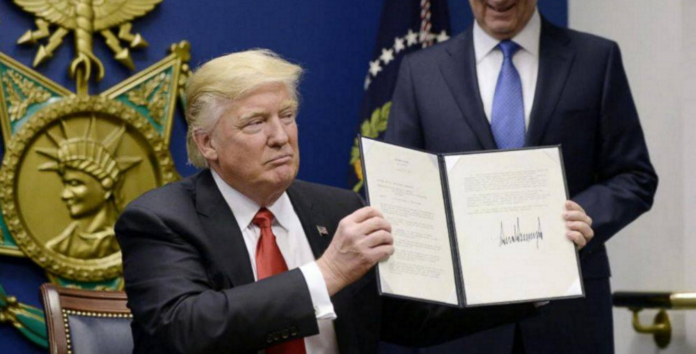 “The U.S. admitted significantly fewer refugees in the first three months of fiscal year 2018 as the Trump administration implemented tougher vetting procedures and banned refugees from countries generating most of them,” per Fox News today.

“The Wall Street Journal reported that 5,000 refugees were admitted to the country during the months of October, November and December. The figure is far below similar periods in recent years—with 25,671 refugees admitted in the same period during the Obama administration.”

The editors at the Washington Post are calling the slowdown “an attack on national identity” and “a stealth war on a program that has embodied America’s compassion and global leadership.”

The Post takes issue with the fact that a particular statistic—that the United States welcomes “almost two-thirds of [third world] refugees, more than all other resettlement countries combined”—may no longer be accurate if the refugee number continues to go down during Trump’s presidency.

Why the Post and some on the left think that American taxpayers should continue to shoulder the burdens of the world at such an extreme rate, and remaining blind to the possibility of allowing terrorists safe harbor on American soil, remains unclear.

The Trump administration appears to attempting to balance the traditionally compassionate American approach to those fleeing conflict with the safety and well-being of the American people:

“‘Our job is to balance the need to protect legitimate refugees with the need to protect our security,’ Jennifer Higgins, associate director for refugee, asylum and international operations at the U.S. Citizenship and Immigration Services agency” told the Wall Street Journal.

Higgins’ words seem on par with those of Attorney General Jeff Sessions back in March of last year on the intent of the 2017 travel ban: after “Like every nation, the United States has a right to control who enters our country and to keep out those who would do us harm.”