As speculation rages over the cause of a train derailment in Washington state that has left at least six dead, recent Antifa activity in the area is causing controversy.

Just a few weeks ago, an Antifa affiliated camp was raided by police after they attacked a train in Washington during a fracking protest. They also targeted another train earlier this year.

“Police have raided an Antifa encampment in Olympia, Washington, following a train being sabotaged by anti-fracking activists — but the anarchists claiming credit for the act have vowed to continue until “every officer is down.”

The train was reportedly shorted using jumper cables, causing the train to stop.

Since November 17, dozens of anarchists have been camping on the tracks to prevent trains from transporting fracking supplies from the Port of Olympia — however, railroad companies have stated that there were no such shipments scheduled.

On Wednesday, Union Pacific Railroad officers were met by 20 to 30 masked protesters as they cleared out the encampment and swept it for bombs. Four of the people who were camping on the tracks refused to leave and were subsequently arrested, as were eight others on suspicion of obstructing a law enforcement officer.”

In addition to the November assault, the Antifa group also attacked a train with concrete in April of this year.

Here we endorse crimes like pouring concrete on train tracks. We also include a how-to video at bottom of article:https://t.co/jToAfuL1vH pic.twitter.com/gUJdE2b9xL

After that incident, an Antifa webpage that was recently deleted even instructed people how to attack trains, encouraging more people to do so.

InfoWars was able to access a cached version of the page, which said in part:

“We need a diverse and vibrant resistance composed of more forms of destruction, mutual aid and solidarity than we can yet imagine.

This action and actions like it are quite easy to do yourself. This only took a few hours and a little bit of planning. The hardest part was calming our nerves. Particularly easy was placing wire on the tracks to send a signal to the train company that the tracks were blocked. This action can and has been easily repeated wherever train tracks are. For more info on how to do this check out this explanatory video.”

“Police have raided and cleared most of the #OlympiaBlockade. There are also reports that the train has left the Port. This is still a victory as we have cost the Port, Halliburton and Rainbow Ceramics thousands of dollars,” the group bragged on Twitter. 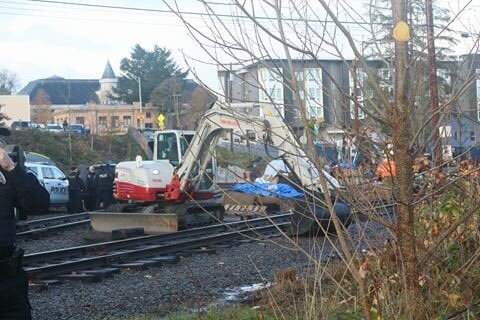 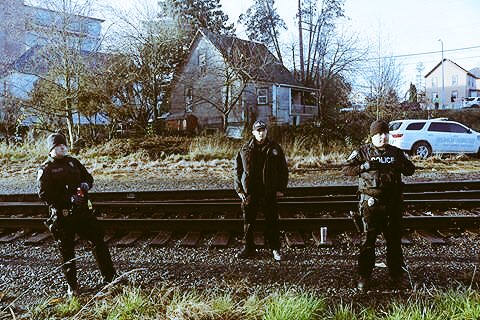 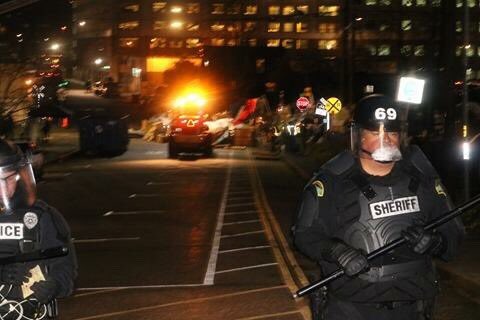 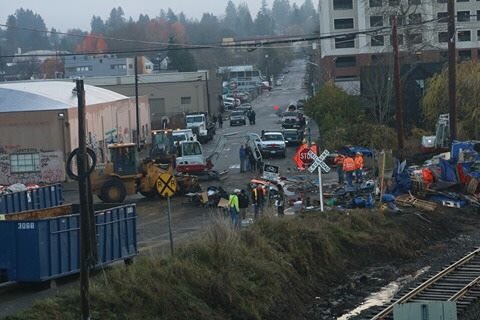