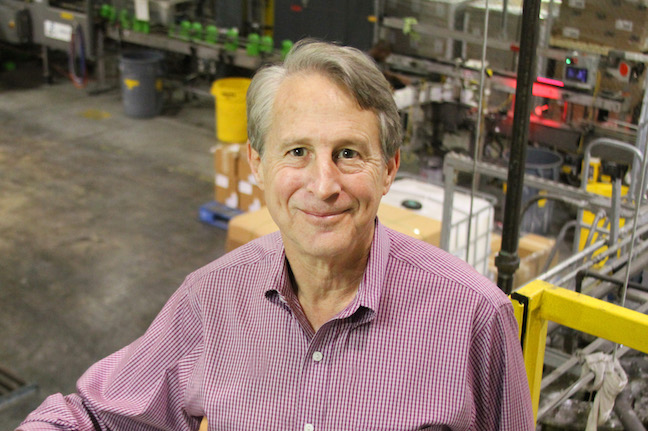 Detroit businessman Sandy Pensler just announced his candidacy for US Senate. A new face in the race for the GOP nomination is a big relief for many Republicans. A true outsider candidate with an extensive business background and the ability to pour millions of his own money into his campaign is exactly what the GOP is in need of.

His opponents, John James and Bob Young announced months ago, but have failed to gain much traction. Neither seem to have what it takes to defeat Debbie Stabenow, who’s held the seat since 2001. And although they’ve both attempted to position themselves as “outsiders,” voters don’t seem to be buying it, and it is Pensler who’s beginning to look like the best fit for that description.

Pensler was born and raised in Detroit, Michigan. He is the founder and president of Pensler Capital, and owns and operates four manufacturing plants that make dishwasher detergent and household cleaning supplies. Korex is the most well-known company owned by Pensler Capital. Korex has a plant in Wixom, MI which provides over 100 jobs to Michiganders. It was built when Pensler purchased several failing companies and completely turned them around. All Korex companies are profitable now with no net financial debt and substantial surplus net cash on hand.

Pensler is now looking to translate his success in the business world to his senate campaign, with the slogan, “Michigan First.”

His website states, “Implementing an agenda that puts Michigan First will make sure that Michigan becomes on track to be 1st. Michigan wasn’t just 1st in the country, we were 1st in the world.

We were the automobile capital. We were the manufacturing epicenter of the globe. We led in cars, chemicals, retailing, cereal, and helped win a world war. Michigan has made great strides in the past eight years because of the leadership at our state level, but the help from our Senators hasn’t been there. Debbie Stabenow cares more about what Chuck Schumer thinks than how struggling Michiganders live. Things are going to change. We are going to implement policies at the federal level that put Michigan First, and that is going to make Michigan 1st in the statistics that matter.

Pensler’s real-world business experience elevates this to more than just rhetoric. Voters can be confident in his ability to see it through if elected. He told Crain’s Detroit Business, “I think small business manufacturing in particular, and small businesses in general, are big drivers of economic growth and employment and I would want to fight to make sure they’re treated well.”

Pensler is hoping Republicans will rally behind the “Michigan First” mentality, and give him the nod to take on Stabenow in 2018. There’s certainly an opening with poor performances by James and Young thus far.

Kid Rock made waves this summer when he said he would be running for the Senate seat, but ultimately decided against it.

And Lena Epstein led both James and Young in the polls until dropping out of the race to run for Congress instead.

That left many expecting Congressman Fred Upton to take advantage of the relatively weak Republican field. Upton was widely speculated to be running for Senate until last week when he confirmed he’d be running for reelection instead.

A poll was conducted by Strategic National from November 14-15, just prior to Upton dropping out. The survey of likely Republican voters had 26% of respondents supporting Upton, 7% supporting James, 6% supporting Young, and 61% undecided.

Young and James both appear to be stuck in neutral, unable to appeal to a large percentage of GOP voters. That’s a big problem heading into 2018, taking on an incumbent Democratic Senator who will surely spend a significant amount of money in her reelection bid.

Bob Young announced his run for US Senate over the summer. It got off to a very rocky start with a disastrous campaign rollout. He appeared weak, vulnerable, and many questioned his ability to take on Stabenow.

John James was rumored to be having success in fundraising, but that turned out to be false when he badly under-performed expectations with only $216,204.26 cash on hand.

Both have a long way to go to match the $5 million of his own money Pensler says he will be using to fund his primary campaign. Pensler will also likely enjoy a boost financially from his business connections in southeast Michigan and across the country.

A well-funded campaign will give Pensler a major leg up on his GOP opponents. Stabenow had close to $7 million cash on hand at the end of September.

And it’s already clear Pensler isn’t going to let his substantial war chest get in the way of connecting with conservatives and grassroots activists. He’s making an effort to reach out to potential supporters by making it clear he is 100% pro-life.

Michigan Republicans are tired of losing US Senate elections. They know they need a candidate with a winning message, and the financial strength to be able to get it out.

Pensler exhibits both those qualities, and on day one of his campaign already looks like the most promising GOP candidate to defeat Debbie Stabenow.