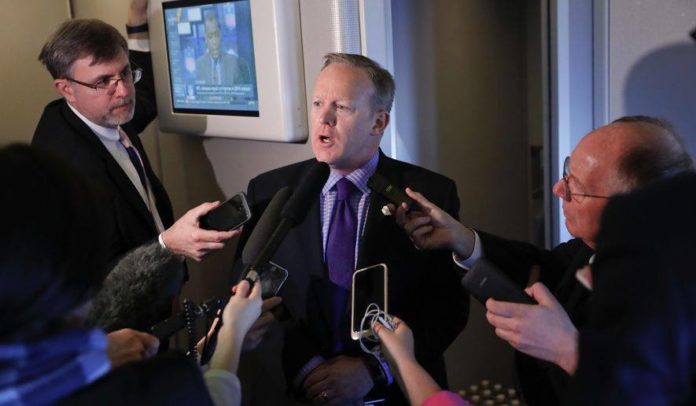 Sean Spicer has resigned from his post as the White House press secretary after President Trump appointed Anthony Scaramucci as his new communications director. Mr. Spicer was asked by the President to stay on as press secretary, but Spicer declined his offer, believing that the addition of Mr. Scaramucci would not make his job any easier. Sarah Huckabee Sanders, Spicer’s top deputy, will take over the reigns as press secretary.

Anthony Scaramucci is a New York financier who founded SkyBridge Capital, a global investment firm, and has publicly shown his liking of President Trump.

“He has been friends with Trump for years. And as a wealthy former Goldman Sachs executive and hedge-fund manager, he has Trump’s respect.” Fox News reports.

“What Scaramucci doesn’t have is Washington experience. Judging by his debut at the podium, where his brash, humor-infused style played well, he may be able to make the transition. And I know from my interviews with him that he respects journalists, having played one on TV (briefly serving as host of Fox’s “Wall Street Week”).

But Scaramucci still has to figure out such matters as whether to bring most of the briefings back on camera. That will put a Spicer-like spotlight on Sanders. But it would also mean the White House could get back to using television to get its message out and more openly engaging with reporters.

Maybe the new communications guru can even persuade his boss to hold more news conferences.”