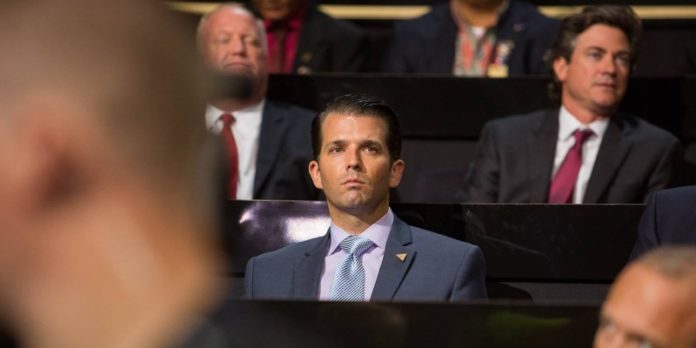 The Trump-Russia story was getting a bit tired. But it got a much-needed burst of energy last week after the story came out of Donald Trump, Jr.’s meeting last June.

The younger Trump and other senior Trump campaign staff agreed before the 2016 party convention to meet with a lawyer who, they were told, was bringing negative information on Hillary Clinton as part a Russian government attempt to help the candidacy of the younger Trump’s father.

The thing is, this doesn’t much help advance the theory of the grand conspiracy that had been alleged until now. In fact, it makes it seem a bit less likely — after all, if the Russian effort had to be explained and meetings set up by email in June 2016, after all the hacking had been done, then how likely is it that anything bigger was afoot?

Still, this is collusion, and that’s more than we had proof of before. But at least based on what’s emerged so far, it is not going to bring down the Trump administration. Even if it hurts Trump significantly in the long run, there doesn’t even seem to be a crime here. But from a political perspective, it definitely matters in more than one way.

Importantly, it seems to have guaranteed that the Democratic Party will be putting a lot of its eggs in the Trump-Russia basket for some time. This matches the will of the party’s grassroots and small-donor class. But it also comes against the advice of many progressives.

Many voices on the Left have argued that the focus on Russia is coming at the expense of Democrats articulating (for example) an economic vision (as seen in The Nation). Democratic House members, including Reps. Tim Ryan of Ohio and Tim Walz of Minnesota (who is running for governor) and Peter Welch of Vermont, complained after the recent string of special election defeats that their party and its leaders are losing sight of issues more relevant to voters in their home states and districts, where nobody is talking about Russia.

So, are the Democratic naysayers right? So far, we have one media poll of President Trump’s approval rating since the story about Donald Jr.’s Russia meeting was first reported earlier this month. The Washington Post/ABC poll shows Trump dipping to 36 percent, from 42 percent approval….in April. But was this new break in the Russia story the reason for his loss of ground, mostly among independents? Or had he lost those six points earlier, for any of a number of other reasons? It’s very hard to say.

The Gallup Poll, which has tracked Trump’s approval daily since his inauguration, shows a similar decline in Trump’s ratings since April. But it also shows that his ratings have not moved far in the last month — it was 38 percent on June 15, and it was 38 percent again on July 15. The latest development in the Russia story does not seem to have mattered much here.

It’s still entirely possible that the Russia issue will be Trump’s undoing and the downfall of the Republican Party. But it is quite a gamble to pin one’s hopes on it, given the thin case for a Trump-Russia conspiracy that exists so far.

Will Russia save vulnerable Democratic senators in states Trump carried by large margins, like Missouri, North Dakota, Ohio, Montana and Indiana? This is where the critical Senate races of 2018 will be taking place — not inside the Beltway or in New York City.

Alabama: For all the grief that Republican leaders have gotten for failing to offer sufficient support for President Trump, they are eagerly using him now. In an effort to help appointed Republican Sen. Luther Strange, they are dredging up one of his opponents’ criticisms of Trump from last year.

The Senate Leadership Fund, which is tied to Senate Majority Leader Mitch McConnell, is 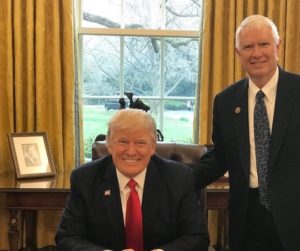 attacking Rep. Mo Brooks, R-Ala., for distrusting Trump during the 2016 primary (Trump won every county in Alabama and got 43 percent of the vote) and calling him a “serial adulterer” based on Trump’s own admissions in the past. Although Brooks has since warmed to Trump, his words could come back to haunt.

This special Senate election, scheduled for December 12, involves an unusual confrontation. The GOP establishment, which was cold toward Trump in 2016, is now treating Strange as an elected incumbent and fighting all primary challenges tooth and nail, and is happy to use Brooks’ anti-Trump comments as ammo against him now.

Indiana used to be much more open to voting Democratic. It seems less so now. After Hoosier voters turned down the popular former governor and senator Evan Bayh in 2016, Donnelly’s odds of re-election seem very long indeed. So far, Republican Reps. Luke Messer and Todd Rokita seem like his most likely opponents in next year’s general election.

Michigan: So, can the writer and singer of “You’ve Never Met a Motherf—-r Like Me” become a U.S. Senator? Kid Rock –known in real life as Robert Ritchie —  apparently wants to find out. And don’t laugh. People once laughed at the idea of Donald Trump becoming president, after all. Kid Rock hopes to take on Democratic Sen. Debbie Stabenow next fall. Republicans have not won a Senate race in Michigan since 1994. However, Donald Trump did narrowly carry the state in 2016, and the audience for Kid Rock’s music is quite a bit like the one that voted for him.

According to his website, Kid Rock plays a show this week and will be touring until November.

Missouri: With Vice President Mike Pence actively lobbying him to run, newly elected Attorney General Josh Hawley, R, continues to play Hamlet. The Republican probably represents the GOP’s best chance against Democratic Sen. Claire McCaskill now that Rep. Ann Wagner has decided not to run, and others interested in the race have their plans on hold until he makes up his mind.

McCaskill is weak enough that Hawley might not have to run for the seat to flip. But he is the strongest recruit currently available, and it’s quite clear that the national party wants him in.

Wisconsin: As Gov. Scott Walker runs for a third term, Wisconsinites will get at least a

brief look at something they haven’t really seen — a Democratic opposition candidate who unambiguously promises to repeal Act 10, Walker’s once-controversial union bargaining reform that has saved the state and local governments of Wisconsin billions of dollars since 2011. That candidate is businessman Andy Gronik.

It might come as a surprise that Mary Burke, Walker’s 2014 challenger, avoided adding such a plank to her own platform. By the time she ran against Walker, Act 10 had already become quite popular, and it remains so today. So far, Gronik is the first remotely serious Democratic candidate to officially enter the race, although several other Democrats are still considering a bid.