“I want to be part of the solution preserving the Last Best Place. I’m tired of the dysfunction and the anger that we’re seeing, and I think I have some interesting perspectives.” – Troy Downing, Associated Press

When Donald Trump announced his candidacy for president at Trump Tower on June 16, 2015, the media and political pundits around the globe never gave him a chance. Today, as we approach the two-year anniversary of the famous announcement, he now is our Commander in Chief.

The 2016 election proved that Americans are tired of the status quo, and has unleashed the potential for political outsiders to win statewide elections across the country, something conservative grassroots activists have been trying to accomplish for decades. It’s beginning to look like the conservative crusade against political insiders is finally paying off, as more people that have enjoyed private sector careers are running for office and gaining a lot of traction.

On May 8th, business owner Troy Downing became the first Republican outsider to file to run against U.S. Senator Jon Tester in 2018.

“I want to be part of the solution preserving the Last Best Place. I’m tired of the dysfunction and the anger that we’re seeing, and I think I have some interesting perspectives,” he told the Associated Press. 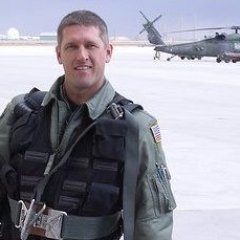 Downing would certainly bring a unique perspective, as the only candidate in the race so far that has never served as an elected official. He has however, served his country as a member of the United States Air Force. Following the September 11th attacks, he enlisted in the Air Force and served 2 tours in Afghanistan. Before his time overseas, he began his career as a research scientist. He launched a technology startup that later merged with Yahoo!.

He’s now the CEO of AC Self Storage Solutions, a business that acquires and manages self-storage properties with various locations across the nation.

The experienced business owner will likely be focused on bringing smaller, more limited government to Montana. He will understand the importance of reducing taxes and burdensome regulations to spur the economy and create more jobs. And as an avid outdoorsman and hunter, he should be a very strong advocate for Second Amendment rights.

Senator Tester is certainly vulnerable. He won his seat in 2006 by less than one percentage point, 3,562 out of 406,505 votes. In 2012 he increased his margin slightly, defeating Republican Denny Rehberg by 3.7%.

Tester was able to sneak into office at a time when Republicans didn’t have much to celebrate, but now, that’s all changed.

Donald Trump won Montana by 23 points, a margin wider than Mitt Romney and John McCain’s margin of victory combined. Montanans made their voices loud and clear in the 2016 election that they are ready to give political outsiders a chance. A rock-solid conservative grassroots movement was built, that has the potential to propel other individuals from the private sector into positions as elected officials.

With so many other political outsiders across the nation jumping ahead as favorites over their insider counterparts, Downing could join a 2018 class of elected officials ready to bring a fresh perspective to Washington that will help the new Administration on its quest to “drain the swamp.” If Republicans can unite behind Troy Downing the same way they did for Donald Trump, he can and will pose a legitimate threat.

As a Veteran, business owner, and outdoorsman Downing is the picture-perfect candidate to take down the Democratic incumbent senator that’s been an elected official for nearly two decades.