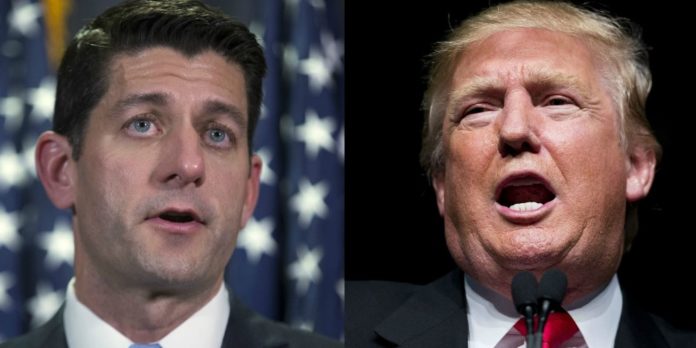 Obamacare repeal: TrumpCare, RyanCare — you can call it whatever you want, but President Trump is already bringing conservatives around on the Obamacare replacement package.

He began simply by being open to changes to the bill, and it wasn’t long before Speaker Paul Ryan and the leadership were saying the same thing.

This week, his administration will try to seal the deal with as many of the remaining skeptics as possible by highlighting “Phase Two” of the three-part process of repeal. That is to say, the Trump administration will highlight for members of Congress what he can do administratively to cancel out Obamacare’s effects on the price of insurance, above and beyond the limited amount that the reconciliation bill can do under the complex rules of the Senate.

In theory, administrative action plus the reconciliation repeal bill could dramatically reduce the number of people who are expected to lose coverage — a number that the Congressional Budget Office placed at 24 million.

Republicans have promised repeal of Obamacare ever since it passed, and they have rode that promise to three big victories in four elections. But Republican officeholders of all stripes are anxious about what the results of repeal could be. They remember when Obamacare passed, upending the health insurance system and launching a voter rebellion.

As long as it’s just angry liberal activists storming those town halls, Republicans are fine. But that could be just the tip of a much larger iceberg if millions of people lose insurance they wanted, or suddenly find themselves paying double or triple.

It was often noted at the time of Obamacare’s passage that the word “Secretary” appeared more than any other in the 2,000-plus page bill. Congress delegated immense authority to the Secretary of Health and Human Services in 1,442 different passages of the bill. Trump’s appointee, Secretary Tom Price, can thus undo a great deal of it administratively, relaxing and removing the teeth from enforcement of the minimum benefit requirements to the extent possible.

As of Friday, both of the major Republican conservative caucuses in the House — the Republican Study Committee and the Freedom Caucus — appeared far more willing to vote for the bill in the House, with changes, than they had seemed early on.

There is still plenty of work to be done in the House, and even a victory there means that Trump’s skills as a negotiator will be tested further as Republicans try to keep as many of the 52 GOP senators on board as possible. One concern among conservatives is that the provisions defunding Planned Parenthood might be scrapped to accommodate Sens. Susan Collins, R-Maine, and Lisa Murkowski, R-Alaska. Without their support, the bill could not afford even one more GOP defection. 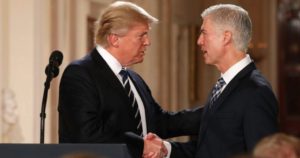 important hearings on Capitol Hill: One investigating Russian interference in the 2016 elections, and the other on Neil Gorsuch’s confirmation to the Supreme Court.

For conservatives who felt demoralized a year ago by the unexpected death of Justice Antonin Scalia, Gorsuch is the answer to their prayers — and the fulfillment of a promise Trump made at a time when conservatives were especially skeptical of his bona fides. Gorsuch, who has previously gone through confirmation hearings and has a large body of written opinions and dissents, will probably not have too much of a problem navigating the same minefields as John Roberts and Samuel Alito.

The bigger question is about how Democrats behave outside the hearing room, assuming Gorsuch does not say anything too crazy. The smart money is betting against their being able to sustain a filibuster against him. Trump simply picked someone who is so well qualified that all of the objections seem petty and ideological.

But they need to put up a show of resistance, and to that end Minority Leader Chuck Schumer, D-N.Y., trotted out several people who lost cases in which Gorsuch wrote the court’s opinion on the Tenth Circuit. Of course, there exist such people for every judge, but Schumer needs to put on this show. He has been on a crusade for nearly two decades to politicize the judiciary, and he now finds himself a victim of his own success. He won’t lose any sleep when Gorsuch is confirmed, because Democratic partisans won’t be able to blame him for what appears to be inevitable.

Too soon: Maryland Gov. Martin O’Malley has been spending enough time in Iowa that he might have to pay income taxes there for this year. If you weren’t sure whether he isn’t already running for president, his leaderhip PAC commissioned a poll of the Hawkeye State. It shows O’Malley narrowly leading Sen. Cory Booker, D-N.J., ahead of the 2020 caucuses. But the poll is kind of a joke, considering that Sen. Elizabeth Warren, D-Mass., a progressive favorite, was left out of it.

New Jersey: It was already painfully obvious, but there’s very little chance that Republicans will hang on to this governorship. With Chris Christie now the most unpopular governor in America, his lieutenant governor and the likely GOP nominee, Kim Guadagno, trails Democrat Phil Murphy by 22 points in the latest Quinnipiac poll.

Murphy, Obama’s ambassador to Germany for four years and a longtime Democratic Party fundraiser and donor, is something of a reincarnation of former Gov. Jon Corzine, coming to politics as he has from Wall Street and Goldman Sachs.

Virginia: Democratic former Rep. Tom Perriello earned a rather high-profile endorsement in his insurgent candidacy for governor from John Podesta, Hillary Clinton’s 2016 campaign manager. This comes at a good time for him, a month after a poll showed him tied with the establishment candidate, Lieutenant Governor Ralph Northam.

Northam won in 2013 alongside Democratic Gov. Terry McAuliffe, another major player from ClintonWorld who is all in behind him. But Northam isn’t getting the clear field he had hoped for, as left-wing enthusiasm seems to be on Perriello’s side.

As Podesta argues, the two candidates are very similar on the issues. He argues, however, that Perriello has the progressive style that the party needs. It’s not necessarily clear that this is a good argument, but Perriello is much more actively attempting to tap into left-wing frustration with the Trump presidency.

That may just be code for the fact that Northam is 15 years older. Or maybe there’s more to it than it seems. In any event, he seems to have wrapped up more of the “old” party officials (like McAuliffe) and campaign organs, having recently won the endorsement of the National Abortion Rights Action League.

On the Republican side, former RNC Chairman and 2014 Senate candidate Ed Gillespie dominates the primary field over state Sen. Frank Wagner and fired former Prince William County board of supervisors chairman Corey Stewart, who was fired by the Trump campaign during the recent presidential election. The primary takes place June 13.

Ohio: Many had suspected that Democratic Rep. Tim Ryan only ran for House minority leader against Nancy Pelosi because he was trying to raise his profile for a gubernatorial run. And he would have been just the candidate in Trump’s America, representing a district typical of the working-class Trump Democrat. But now Ryan has decided against a bit for governor, and so Democrats look to a bench that is as thin as it ever was.

Republican Gov. John Kasich may never have made nice with President Trump, but he finishes his second and last term in the knowledge that he rebuilt a state party that had self-destructed. The Ohio GOP is in better shape than when he was elected — a sharp contrast with some other governors, such as Chris Christie of New Jersey and Sam Brownback of Kansas.

The Ohio GOP is arguably stronger now than it was even in 2005, and Ohio Democrats are weaker than they have been in quite some time. After a brief revival that began in 2006 due to major Republican scandals, Democrats in Ohio had their backs broken over the last two election cycles. They desperately need to show some signs of life — signs that their state isn’t on its way to becoming the next Red Missouri.

After fielding a scandal-laden and hopeless gubernatorial nominee in 2014, Democrats were crushed again by the Trump tsunami in 2016. After so many thinkpieces about the conundrum that Donald Trump’s nomination created for Republican Sen. Rob Portman, he defeated former Gov. Ted Strickland by an astounding margin, more than 20 points. Keep in mind, he was probably running against the best candidate Democrats could possibly have recruited in the state.

In addition to controlling all of the state constitutional offices, Republicans now have their largest majority in the state House since the 1960s and in the state Senate since the 1950s. The only statewide elected Democrat, Sen. Sherrod Brown, D-Ohio, is up for re-election in 2018, and as we have noted, he seems at least a bit vulnerable.

Wisconsin: The decision by Rep. Ron Kind, D-Wis., not to run for governor is a big boost for Republican Scott Walker, who is seeking a third term.

Wisconsin is always a close state in partisan terms, and

Walker will not have an easy race even if Democrats fail to find a top-tier candidate. But Kind, a moderate representing a district that swung from Obama to Trump, would have been a very formidable opponent.

Wisconsin’s elections are usually framed as a contest of which party can run up the score most in their respective strongholds. For Democrats, that means Milwaukee and Dane County (Madison). For Republicans, that means the WOW counties in the Milwaukee Suburbs (Waukesha, Ouzakee, Washington) along with a few other conservative towns in the Fox River valley.

But Western Wisconsin, a largely rural but traditionally Democratic area, has become Republicans’ secret weapon in recent elections. It certainly was for Trump. Kind might have been just the Democrat to test whether anyone in his party could take it back.

For now, at least, there is no one quite as formidable for Dems on the horizon. A Milwaukee-area businessman named Bob Harlow is giving it a look, as is former state Sen. Tim Cullen.