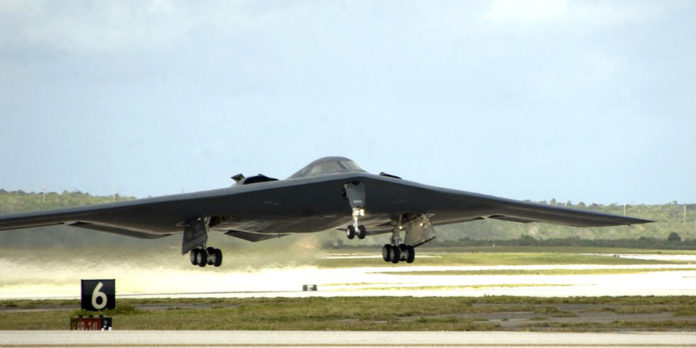 Wednesday night, a couple of stealth bombers dropped over 100 precision-guided bombs and missiles on two ISIS training camps in Libya. It’s estimated that almost 100 terrorists were killed in this strike.

Fox News reports, “U.S. drones “cleaned up” the operation by launching hellfire missiles that killed a several of ISIS fighters trying to run to safety.

Immediately prior to the attack, the militants were seen in formation carrying weapons and mortars and wearing tactical vests.

The bombers took off from their permanent base in Missouri and refueled at least five times midair during the mission. The planes flew around the world and back without landing.”