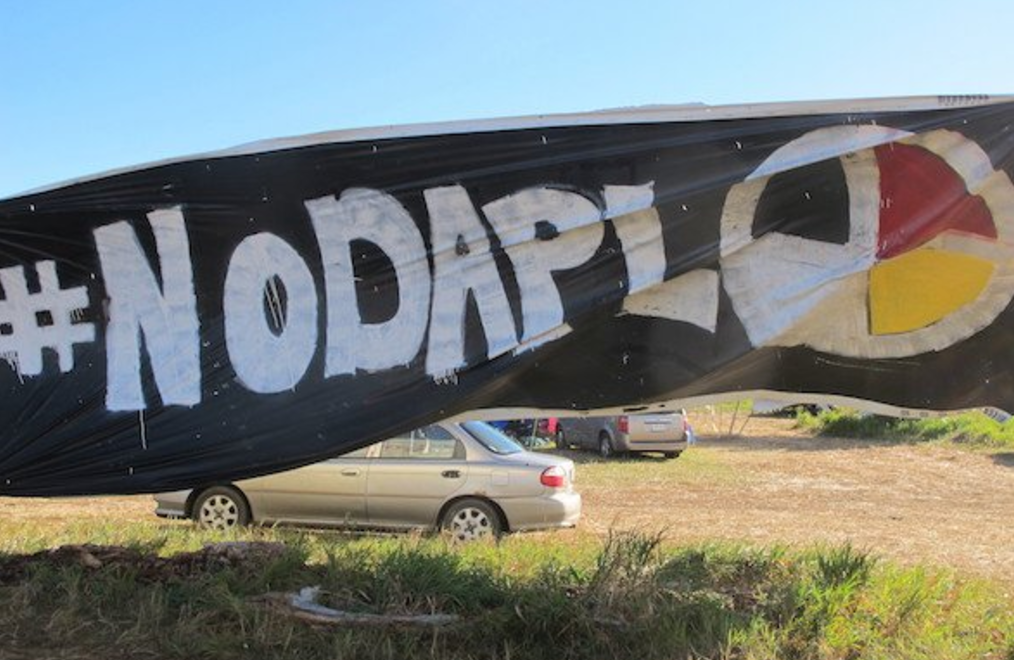 Lately, we’ve learned liberal radicals will stop at nothing to get their way.

Thanks to James O’Keefe’s hidden cameras, we learned Democrat officials hired protestors at the Trump’s Chicago rally to instigate violence, all in effort to bolster the narrative that Trump’s speeches insight violence and his supporters are every bad thing Hillary Clinton has ever claimed.

The Chicago rally had to be canceled. Liberals were “shocked” and outraged. A media already hungry for a reason, took the event as a sign that it was time to condemn Trump. Even Republicans criticized the now-nominee’s rhetoric. And Hillary leapt on the opportunity to appear rational by comparison, which we now know was all part of a perfectly orchestrated plan.

It has me wondering which other plans the left has in the works to push their agenda.

What wouldn’t they do to promote their goals?

In particular, what would they be capable of in the name of environmentalism made unpopular by the larger dream for American energy independence? Because North Dakota’s DAPL situation seems to be a fit for the left’s manipulation tactics.

Here’s the story: The Dakota Access Pipeline (DAPL) was approved, permitted, and started, and could be underway… if not for the interruption of illegal blocking of the construction site, and a bogus lawsuit.

Just as construction started, a group of Soros-funded Environmental Trial Lawyers at EarthJustice stepped in with their own perfectly sympathetic agitators: the Standing Rock Sioux Tribe.

EarthJustice paints a perfect picture of a tribe wronged by a big corporation.

In the lawsuit filed by the radical environmental group EarthJustice on behalf of the SRST claims that, “Neither [Dakota Access] nor the Corps ever consulted with the Tribe…or had invited their participation as the Tribe had repeatedly requested.” The Chairman of SRST, David Archambault, wrote in the New York Times last week that, “permits for the project were approved and construction began without meaningful consultation.”

That would seem very problematic. If it were true.

But it’s not. It’s seemingly nothing more than a play to the media.

The most basic look into the documents provided by the U.S. Army Corps of Engineers and state utility boards, as well as filings by the Corps of Engineers and Dakota Access in the United States District Court for the District of Columbia shows the SRST and environmental allies met with regulators multiple times, and filed over a hundred comments throughout state and federal review periods. Filings also show that Dakota Access made seven attempts to meet with the tribe directly but were rejected every time.

But I suppose that’s all a bit hard to fit on a counter-protest sign, so the media has no interest. They won’t print that the pipeline was approved by environmental bureaucracies of four states. They won’t report that it took negotiating with local and federal officials, environmentalists, and the Army Corp of engineers.

They’ll go instead with the simpler story. One that fits a narrative that they’ve already worked with the left to develop for years: corporations are evil, big oil hates the environment. And these poor victims are being wronged.

Just like they did with the violence at Trump’s Chicago rally. An investigation could’ve proved the scene was caused by paid instigators. But no one cared to look.

They fell hook-line-and sinker for the left’s perfect game: Make an accusation. Do everything you can to make the media believe that accusation to be true. Make the public believe it’s true. And you win?

But what about the truth?

Unfortunately with DAPL, it’s more than one rally at stake. This radical upset threatens the future of American energy, not to mention the implied consequences of our legal procedures succumbing to, basically, environmental terrorism.

Hopefully the courts processing the EarthJustice suit are more in touch with reality than the sensationalist media covering this case — and this election.