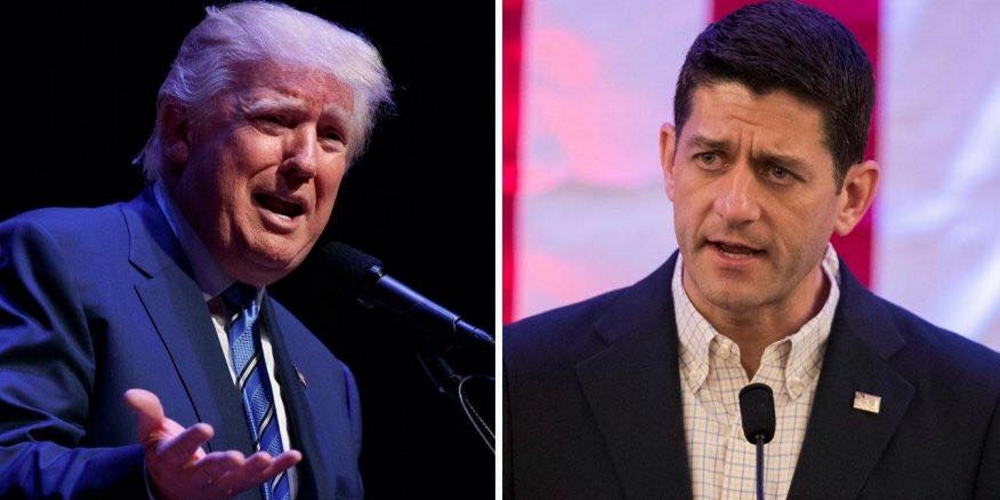 Since last week, Donald Trump’s polling has gotten somewhat worse, yet we still haven’t seen any new indications that Democrats have a reasonable shot at taking the House. A new media-sponsored poll was taken in yet another one of the supposedly competitive House districts that Republicans must defend, only to show the incumbent — Rep. Erik Paulsen, R-Minn., with an 11 point lead and hovering near the 50 percent mark. Note that in the same poll, the presidential ballot was tested, and Trump (in contrast to Paulsen) trails by 14 points, losing among both men and women within the district. This is the same kind of result that appears in many of the marginally competitive races Democrats would have to win in order to take over the House.

Of course, there is a serious dearth of House polling, as often happens in presidential election years. That could make it hard to see what’s happening beneath the surface. But the signs of serious down-ticket drag at the House level don’t seem to be coming together for Democrats just yet.

Third Debate: Trump handed in what was arguably his best debate performance of the three — except for one answer he gave that polls quite negatively. Trump will probably accept the outcome of the election when it comes down, whatever it is. But by refusing, when asked, to promise in advance that he will do so, he harmed his own cause in two ways.

First, even if Trump succeeds in creating doubts about “rigged” election processes, this will only depress the vote among those he convinces. Given that those most likely to be convinced are his own base, it’s a self-destructive theme he has adopted within his campaign. Yes, it might provide him with an explanation of a loss after the fact that helps absolve himself of the blame, but if it means fewer of his voters think it worthwhile to turn out, then it clearly isn’t helping him.

Second, American voters very much like to see candidates concede when they lose. It’s part of the system to have the country come together for a brief time, so that everyone can go back to tearing at each other’s throats in a month or two. That’s why Trump’s answer to this question earns him scowls all across the ideological spectrum. Respondents in two different polls expressed 69 and 68 percent disapproval of Trump’s answer about the election results.

Given that Trump trails and needs to win over more undecided voters in order to take a lead over Clinton, this message isn’t going to help him win.

Trump vs. Ryan: Trump’s willingness to stick it to Republican leaders has been one of his selling points from the beginning.

So it wasn’t much of a surprise that when House Speaker Paul Ryan let word out that he would no longer campaign with or defend Trump (after the tape was released of Trump boasting about groping women), Trump turned his fire on Ryan once again. He seems very pleased to do it. Ryan seems content to respond by ignoring him.

Some Republicans argue that by not firing back, Ryan is hurting his chances to run for president in 2020. But of course, that’s a double-edged sword. Marco Rubio and Jeb Bush can probably give some advice about getting into a mud-wrestling match with Trump — you can’t win. It’s also worth noting that the presidency might not be part of Ryan’s plans, and that

Whatever the electoral effect of Trump’s attacks on Ryan for his own cause (we suspect it won’t produce any additional support for Trump), it doesn’t seem to be destabilizing the tense but generally (if tepidly) supportive attitude of conservative House members toward Ryan. As Philip Wegmann finds, public calls by staunch Trump ally Sean Hannity to unseat Ryan are being met within the House Freedom Caucus with blank stares.

This could all change when the new House convenes, but it’s important to note that there is probably no one who wants Ryan’s job right now.

Recall that Ryan took the job in a truly Trump-ish manner, if you go back and look at Trump’s suggestions about how to negotiate in The Art of the Deal. He knew he had leverage, and he used it, agreeing to take the Speaker position only if all of his demands were met. Republicans agreed to this after the resignation of John Boehner precisely because the party’s House caucus had lost its ability to function. For now, the apparently impossible nature of the job probably still guarantees that there won’t be any serious challenge to him in January.

Outlook: After three debate performances that were not really game-changing, and a Trump sex scandal that apparently was, Trump is at this moment headed toward a loss — possibly a very large one — unless nearly all polling, and all of the more reputable pollsters, are completely wrong.

Trump’s supporters often write off all polling as biased, but campaigns that do this are nearly always losing campaigns. In past elections, data has proven a lot more reliable than anecdotes about Democrats changing parties or rally sizes.

That said, it is not impossible for all or nearly all pollsters to misunderstand the election or the likely turnout it will produce. It could be that an entirely different sort of electorate will come out on election day. After all, the polls have missed big in some races — the Kentucky governor’s race last year, for example.

The thing is, pollsters have never been as wrong on a national level as they would have to be for Trump to win. That doesn’t make it impossible, just unlikely.

The published polls are ugly, although not uniformly so. Here are the national polls released since mid-October that show Clinton with a lead:

There are two regular tracking polls showing Trump with a slim lead:

In the individual states, it doesn’t get any better. For example: The latest polls have Clinton leading in Florida, North Carolina, Arizona, and Colorado. Given her large leads in New Hampshire and Virginia, which Trump’s campaign has abandoned (all denials of this notwithstanding), Clinton wins the presidency if she carries any one of those five states.

To put it another way, Trump would have to carry all of these five states, where he trails, in order to win (or at least throw the election to the House), or else he’d have to make up for some combination of losses among these by taking Pennsylvania, where he also trails.

But it gets worse, because Trump now only leads in Texas and Georgia within the margin or error. Obviously there is no path to victory for him that doesn’t include both of those states.

And then there’s the reason we had to mention the possibility of throwing the election to the House. This is what happens when no candidate gets an Electoral College majority. In a normal year, that means a 269-269 tie between two major candidates. But not this year. Trump is currently losing Utah and its six electoral votes to independent conservative Evan McMullin, a resident of that state and a Mormon. (Clinton is making a feint at the Beehive State, but she still polls in third place.) McMullin is also competing for Idaho, another state with a large Mormon population where he will appear on the ballot. There is no polling yet suggesting McMullin could actually win Idaho, but there also haven’t been any polls that include him on the ballot test. It would be exceedingly difficult for Clinton to win there — the Democratic ceiling is well under 40 percent, and probably hers is lower than the average Democrat’s — but in a four-way race with Gov. Gary Johnson (who polls in double digits) Trump may not be able to take Idaho for granted.

The conclusion is that some massive shoe would have to drop to save Trump from the worst loss Republicans have suffered since 1964. Like the baseball team that trails in the standings and needs other teams to lose in order to make the playoffs, Trump needs something very big to happen in the final two weeks — something that completely changes the race.

Remember: Common-knowledge scandals about Clinton won’t cut it here. These are already priced into the polling numbers. The email scandal, the FBI report’s contents on Clinton, the lies to the public and the FBI, the fortune built from public service, Bill Clinton’s sexual predation, and obviously anything from the 1990s is either already factored into voters’ calculations or won’t have a chance to sink into the public consciousness any deeper than it has already.

So far, nothing from the WikiLeaks hacks has been big enough to change the equation. But we’ll see.