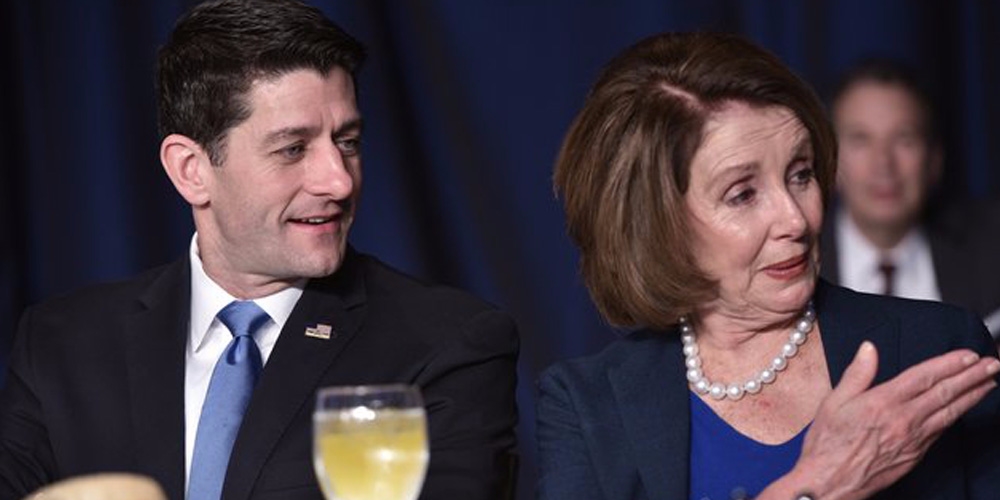 Trump’s tough week, part 2: Whatever you choose to believe about the new sexual allegations against Donald Trump, the electorate has some pretty lopsided opinions about the matter.

According to the newest ABC/Washington Post poll, 68 percent believe that “Trump probably has made unwanted sexual advances toward women.”

Now, the way this question is worded is not quite the same as asking whether he’s groped or sexually assaulted anyone, which is what his accusers say and what he boasted about to Billy Bush in the now-infamous taped conversation from more than a decade ago. But the fact that voters believe this in such great numbers really doesn’t help him. Nor does the fact that 57 percent believe his apology is not sincere. Even if you want to fudge the numbers a bit to account for potential liberal bias, those numbers are huge.

Still, what’s amazing is that this very poll, with these findings, has Trump down only four points among likely voters, 47 to 43 percent in an open race and 50 to 46 percent in a head to head with Clinton only.

That other polls (such as the NBC/Wall Street Journal Poll) show a larger gap is irrelevant here: The fact that the poll’s topline could be so close, despite the other answers the respondents gave, says quite a bit about where the American electorate is right now.

Ever since 2000, the modern hyper-partisan electorate has been the baseline reality of American politics. The red states, blue states and swing states have seemed well defined, as has the certainty that the parties are relatively close to one another in terms of number of voters. That relative parity survived even the decisive Obama victory of 2008. And today, the hard partisanship of a divided electorate endures even under the current circumstances.

Third Party: One possible exception to this is Utah, where resident (and Mormon) Evan McMullin now polls at 22 percent and just four points behind Trump and Clinton, who are tied at only 26 percent. Given the LDS church’s strong community ties in Utah, a McMullin victory there is by no means unlikely. But outside the LDS stronghold of Utah (and possibly Idaho, although there’s no polling evidence of a McMullin surge there yet), McMullin is just destined to be a protest vote and perhaps a historical curiosity. Also, note that he’s only on the ballot in 11 states.

When it comes to Gary Johnson, it’s quite another story. By all accounts, the Libertarian Party, whose nominee will appear on all ballots nationwide, is in the midst of experiencing the greatest missed opportunity in its 45-year history.

With two hugely unpopular major-party candidates, Johnson seemed to be in a good position on paper. In his best polls, he seemed to draw voters almost evenly from Clinton and Trump.

Yet in the real world, he’s never drawn nearly enough. One reason he hasn’t caught on with Republicans is that he isn’t a suitable candidate to attract the very sort of Republican voter who is at this moment most uncertain about Trump — the Christian social conservative. And the thing is, there is no shortage of libertarians (people like Austin Petersen and Rep. Justin Amash) who could fit the bill as a libertarian attractive to social conservatives.

Johnson is of course pro-choice on abortion, but that’s not his only problem. He probably could have overcome that by making the argument that pro-lifers might like the judges he’d appoint, and that his deepest desire is (true to the libertarian creed) to leave them alone. Unfortunately, he took the extra step near the start of his run to make clear that he doesn’t have much regard for religious liberty in the law, and that’s a problem. For the millions of evangelical and conservative Catholic voters who might have turned to him as a potential alternative, this might have been fatal. It meant Johnson could never rise above being a protest vote.

But Johnson is still quite popular, it should be noted, among young people, who are the least likely to vote and will probably turn out for this election in much smaller numbers than they did when Barack Obama was on the ballot.

Johnson’s popularity with the younger set, though, could hint at either a Libertarian Party second chance in some future election (far less likely) or else a brighter future for a Republican Party that embraces more libertarian ideals in the future (think of something resembling Amash or Rand Paul). Young people aren’t necessarily owned by the Left, but they’re quite sour on the GOP and its current nominee.

Will the House flip? We’ve looked at the Senate several times, and Republicans have less than even odds of keeping it at this point. But what about the House?

All predictions of a Trumpocalypse aside, Democrats do not seem to have made the progress they would need on the generic ballot question to take control of the House of representatives. Nor does the picture look bright for them when the problem is viewed district-by-district.

The Dems’ current three-point lead among likely voters on the generic ballot (in the Washington Post poll) actually compares to some past Republican House victories, and the numbers in that poll have basically not changed from the margin of error since May, when the parties were tied. The NBC/WSJ poll showed a six-point lead earlier this month, but most recently showed a two-point lead — again within the poll’s three-point margin of error.

None of this points to a Democratic takeover of the House. The last time Dems took over the House, in the 2006 wave election, Democrats led in various firms’ generic ballot polls by as much as 19 points in late October, and had posted leads greater than 20 points prior to this point. That hasn’t been happening this year.

Bear in mind that even a larger lead in this indicator won’t help too much if Democrats’ marginal advantage is concentrated in heavily Democratic areas. Given that such a concentration is the likely result of of Democrats’ presidential turnout strategy (Clinton’s most efficient means of driving turnout is to press her advantage with black voters in dense urban areas), there is again no reason to believe Democrats can pull this off — at least not yet.

District-by-district: The bigger problem Democrats face is that so few of the House races are competitive this year, and they failed to recruit adequate candidates for some of the ones that should be. They need a net gain of 30 seats (not counting two vacant but heavily Democratic seats they will easily win) in order to get a House majority. And the Cook Political Report, for example, considers only 33 Republican-held seats to be either “Lean Republican” or worse for the GOP, with one Democratic seat almost certain to go to the GOP due to redistricting in Florida.

This would mean that if Democrats go 33 for 33 in picking these up, for a net gain of 32 seats, they would just barely make it. And that isn’t so easy, because it involves winning some pretty tough seats, including a number where we know Democratic candidates aren’t polling well.

House polling has been unfortunately sparse this year, as often happens in presidential years. But there are a few examples we can look at. Cook considers all of the following Republican incumbents to be in the “lean” category, for example. And that’s reasonable based on the fundamentals of the districts, but recent polling by reputable firms (in parentheses) suggests these aren’t going to be easy pickups:

#ME02: Rep. Bruce Poliquin (up 10 via UNH), whose district Trump is likely to carry.

The same could be said (although the polling isn’t as recent) for the seat of Rep. Mia Love, R, in Utah. Even Rep. Rod Blum, R-Iowa, who makes Cook’s “toss-up” category, boasted a reasonably healthy lead (7 points) in one recent Loras poll. And in a number of other cases, there’s no data (or no reliable data) at all.

Which is just to say, Democrats have several easier targets in the House this year and will knock off some of them, but they will have to start winning races of this caliber in order to take the House outright. Not impossible, but quite a tall order.