President Obama has again claimed he hasn’t smoked a cigarette since “Obamacare” passed. Obama even repeated the claim in a recent interview.

However, a picture of Obama with the Italian Prime Minister has many wondering if Obama was caught sneaking a cig despite his claims otherwise…

“President Obama says in a new interview that he has not smoked a cigarette since healthcare reform passed in 2010.

In an interview with GQ, Obama was asked how many cigarettes he has smoked since he became president.“Zero in the last five years,” Obama replied. “I made a promise that once health care passed, I would never have a cigarette again. And I have not.”

In June, there was a speculation about a photo of the president where he was holding something that could have been a pack of cigarettes while talking to Italian Prime Minister Matteo Renzi.

The White House later said that he was not holding cigarettes.” 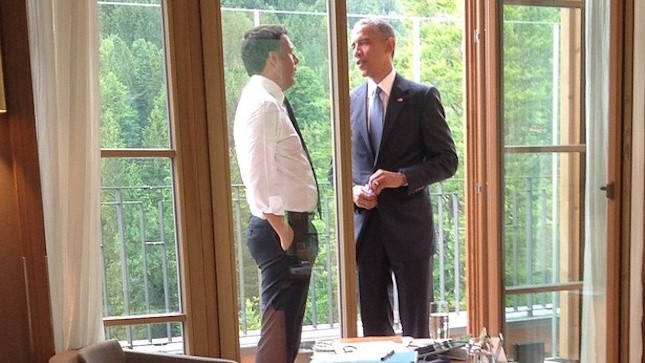