A prominent Florida newspaper is calling on Florida Senator Marco Rubio to resign over missing multiple votes. Rubio has missed more votes than anyone else running for President.

“A Florida newspaper is calling on Sen. Marco Rubio (R-Fla.) to vacate his Senate seat if he is more interested in seeking the GOP’s 2016 presidential nomination instead.

“If you hate your job, senator, follow the honorable lead of House Speaker John Boehner [R-Ohio] and resign it,” the Sun-Sentinel’s editors wrote, referencing Boehner’s likely departure at the end of the week.

“Let us elect someone who wants to be there and earn an honest dollar for an honest day’s work,” they added. “Don’t leave us without one of our two representatives in the Senate for the next 15 months or so.”

“You are paid $174,000 per year to represent us, to fight for us, to solve our problems,” the editorial continues. “Plus you take a $10,000 federal subsidy — declined by some in the Senate — to participate in one of the ObamaCare plans, though you are a big critic of ObamaCare.

“You are ripping us off, senator.  Either do your job, Sen. Rubio, or resign it.” 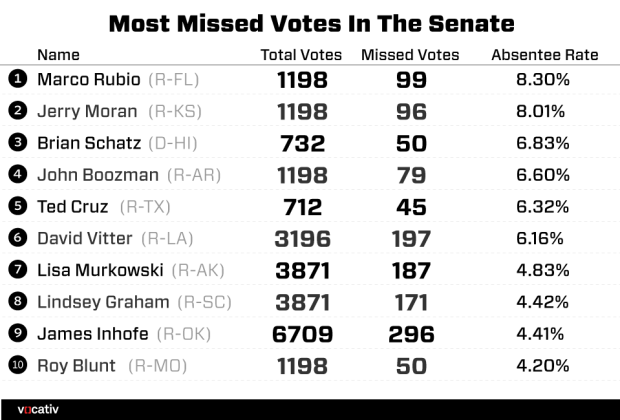