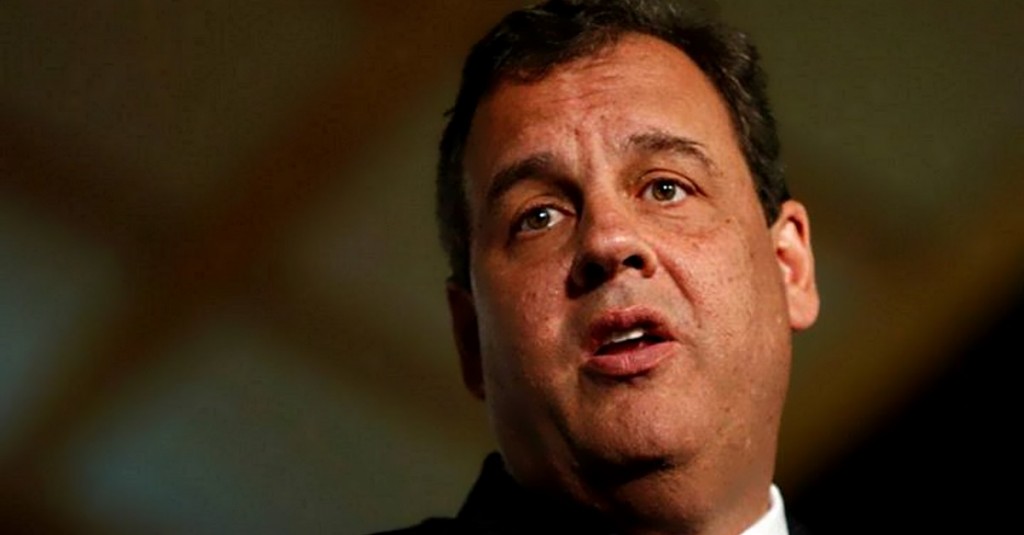 After appearing on a Sunday morning political show this past weekend, Chrisite boarded the train and started yelling while on a phone call in one of the train’s “quiet cars.”

He was forced to leave after passenger complaints.

“Chris Christie was asked to leave Amtrak’s quiet car Sunday morning after passengers complained to a conductor about the New Jersey governor yelling at his security detail and into his cell phone, according to a rider…

He walked onto the train with a McDonald’s strawberry smoothie, already chewing out someone who was with him, possibly a security officer, about a mix-up in seating arrangements, according to Alexander Mann, a passenger on the same train who detailed the Christie incident to CNN in an email and in photos.

Mann wrote that just before the train departed, Christie boarded behind “two men who appeared to be Secret Service agents” — though that’s unlikely, since Christie doesn’t yet have Secret Service detail; his staff said he traveled Sunday with one New Jersey state trooper — and was “yelling at them about some sort of mixup with the seating arrangements and how they had let it happen.”

Christie took a seat and began making cell phone calls, despite the “quiet car” markings instructing passengers to refrain from loud conversations or phone use in that portion of the train.

Mann wrote: “The details of the conversation were unclear but it was definitely some sort of work phone call. This went on for 5-10 minutes until the conductor, prompted by passenger complaints, asked him to stop using his cell phone or leave the car. He again started yelling at his security detail and huffed off to another train car. He kept repeating ‘frickin’ ridiculous’ and ‘Seriously?! Seriously?!'”