With the April 15th tax deadline now passed, a new report from Congress spotlights that the IRS may have self-imposed budget cuts to customer service.

In the run-up to tax filing deadline, IRS Commissioner John Koskinen blamed Republican-led cuts to the agency’s budget as the culprit for the dramatic drop in response to taxpayer calls.

However, the report points to specific transfers of money within the IRS. An estimated $134 million was reallocated from customer service to other areas of the agency. The agency also reduced its allocation of taxpayer fees to customer service activities by 76%, an estimated $49 million.

Customer service was under-funded by nearly $200 million, when compared to last years funding numbers. This directly resulted in fewer than 35% of taxpayer calls being answered. 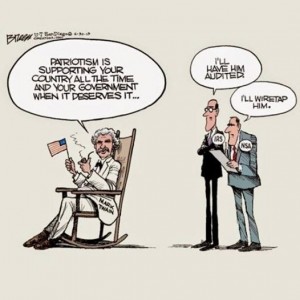 Conservative Intel Facebook:
Did you have trouble contacting the IRS?
Turns out they cut their own budget! http://j.mp/CIB-IRSchops

Commissioner Koskinen is scheduled to testify before the House Ways and Means Committee. Questions regarding the self-imposed budget cuts will, most certainly, come into play as the contentious exchange takes place.

What’s more, the agency is still plagued with ‘improper’ tax payments – for the Earned Income and child tax credits – to the tune of nearly $25 billion. This figure pales in comparison to the agency’s total budget of $11 billion.