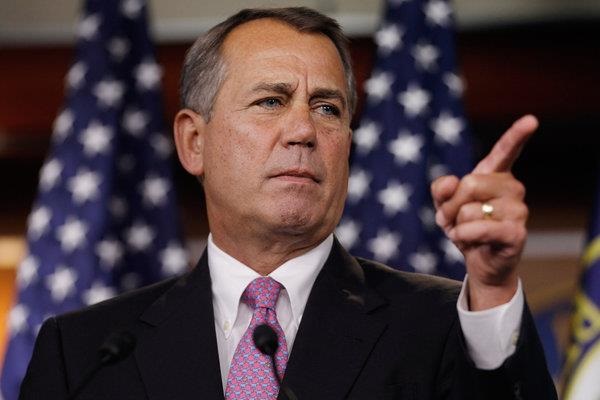 All signs from the ongoing negotiations between the six allied nations and Iran concerning whether and how to end the economic sanction appear to have receive a critical blow this week which make it less likely a deal will be struck before the Wednesday deadline.

Iranian officials declared they are backing down from an earlier agreement to ship enriched uranium, a material essential in the construction of nuclear weapons, to Russia as an assurance that it will not be used for that end.

Iran’s position is that inspections of its uranium stockpile could be subject to scheduled inspections by the United Nations, reports The Hill. Critics argue that Iran has already demonstrated in the past it lacks the willingness to follow through on similar inspections.

Meanwhile, Republican leaders in Congress stepped up pressure on the Obama administration with promises of renewed sanctions on Iran if the nation fails to submit to Western demands.

In an interview on CNN, Speaker John Boehner pledged that new sanctions will be a certainty and they will come “very, very quickly”. The rhetoric is coupled with a bipartisan push in the Senate insisting that Congress will stand by its constitutional role in oversight of international agreements.

Should the deal ultimately fail this week, constitutional fireworks may likely fire between the Republican-controlled Congress and the Whitehouse which would almost certainly boil over into the 2016 election as candidates of both parties debate the proper role and authority of the president.