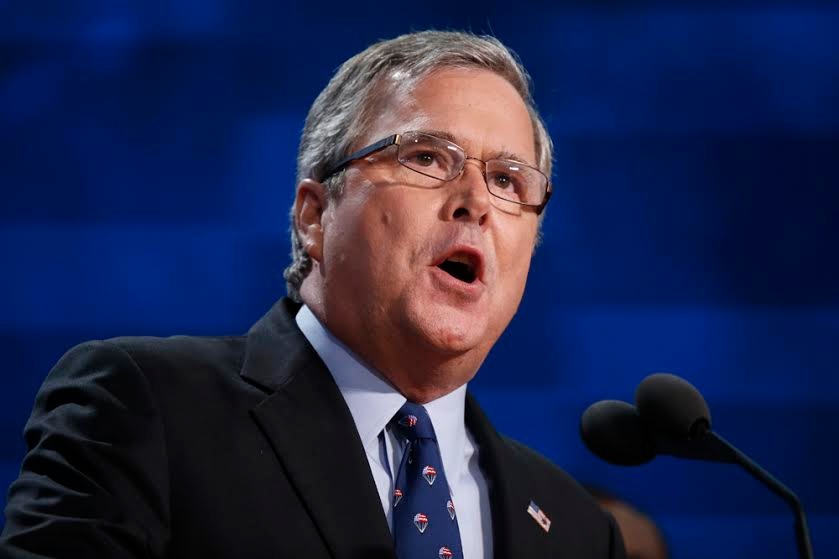 Jeb Bush is gunning for a win in the CPAC presidential straw poll this weekend. Feeling the need to prove Jeb’s chances among the conservatives in the Republican Party, his backers have worked to provide transportation to the conference for his supporters.

Emails provided to Slate show that backers of the former Florida governor are busing supporters from downtown Washington D.C. to CPAC in National Harbor, Maryland, and organizing to get them day passes into the event.

One of the emails that went out this morning was from Fritz Brogan, a former advance man for then-President George W. Bush who (per the Washington Post) co-hosted a fundraiser for Jeb’s Right to Rise PAC earlier this month. A Bush insider confirmed to Slate that Bush’s Right to Rise PAC is helping organize the transportation.

This is hardly the first time candidates have bused in supporters. Mitt Romney and Ron Paul are just a couple of past examples. Sometimes it works and sometimes it doesn’t: Romney won the 2012 Republican nomination. Ron Paul has never been the Republican Party’s nominee.

It is the younger Paul, Rand – the straw poll winner the past two consecutive years – and widely popular Wisconsin governor, Scott Walker, from whom Jeb is likely feeling the most heat. Busing in supporters, however, has the potential to backfire.

First, conservatives, especially those who oppose Bush, are likely to object that true conservatives don’t need to be bused in to attend CPAC and support their candidate. Second, it taints the results of the straw poll. If Jeb wins, it casts into doubt how much of that support can be counted on proportionately when the primaries roll around. If he loses, even with the transportation boost, it will make his already difficult case that he can bring the base to the polls even harder to make.

There is another reason Jeb and his backers want to maximize their support at CPAC. Again, from Betsy Woodruff:

One long-time CPAC insider said these organized efforts impressed him, and that he didn’t know of any other potential 2016 candidates busing backers in. Perhaps that’s because no other potential candidates are worried about the regular crowd turning against them—the Washington Times reports today that some CPAC attendees are planning “to stage an informal protest when he hits the stage.”

And protest they did, as seen in this video. Discourtesy from the crowd, no doubt, but it serves to show just how hostile much of the conservative base is to a Jeb Bush candidacy and nomination.

National Review’s Joel Gehrke reported that Jeb hoped protesters would come around to considering him their second choice, but then he went on to stand by such unpopular policies as providing driver’s licenses and in-state tuition prices to illegal immigrants when pressed in a Q & A session with Sean Hannity.

Such stances won’t win back the skeptical right. Influential conservative talk show host Laura Ingraham went as far as to suggest that Bush and Hillary Clinton run on the same ticket. Fair or not, it demonstrates the uphill climb he faces in proving that he has the support of the base.

Clearly he is trying, but he’s got to be crossing his fingers and hoping that busing in supporters for the straw poll doesn’t come back to bite him.